The protests by truckers in Canada against Covid-19 vaccine mandates has led to supply-chain issues for auto players.
By : HT Auto Desk
| Written By : Shubhodeep Chakravarty
| Updated on: 09 Feb 2022, 02:20 PM 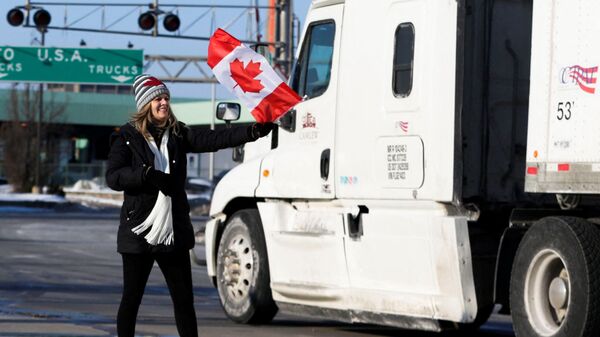 A woman attends a protest against Covid-19 vaccine mandates, as vehicles block the route leading from the Ambassador Bridge linking Detroit and Windsor.

Already battling a semiconductor chip shortage across the world, the automotive industry in Canada stands on the cusp of feeling a higher degree of pain owing to the raging truckers' protest in the country. Hundreds of truckers partially blocked the busiest border crossing between the US and Canada in protest against rules demanding drivers be vaccinated before being allowed to cross the border with the US.

The raging demonstrations have seen a blockade at the Ambassador Bridge between Detroit and Windsor in Ontario. Canadian Transport Minister Omar Alghabra said such blockades will have serious implications on the economy and supply chains. “I've already heard from automakers and food grocers. This is really a serious cause for concern," he reportedly said, according to an AP report.

The concern for auto makers is very real. 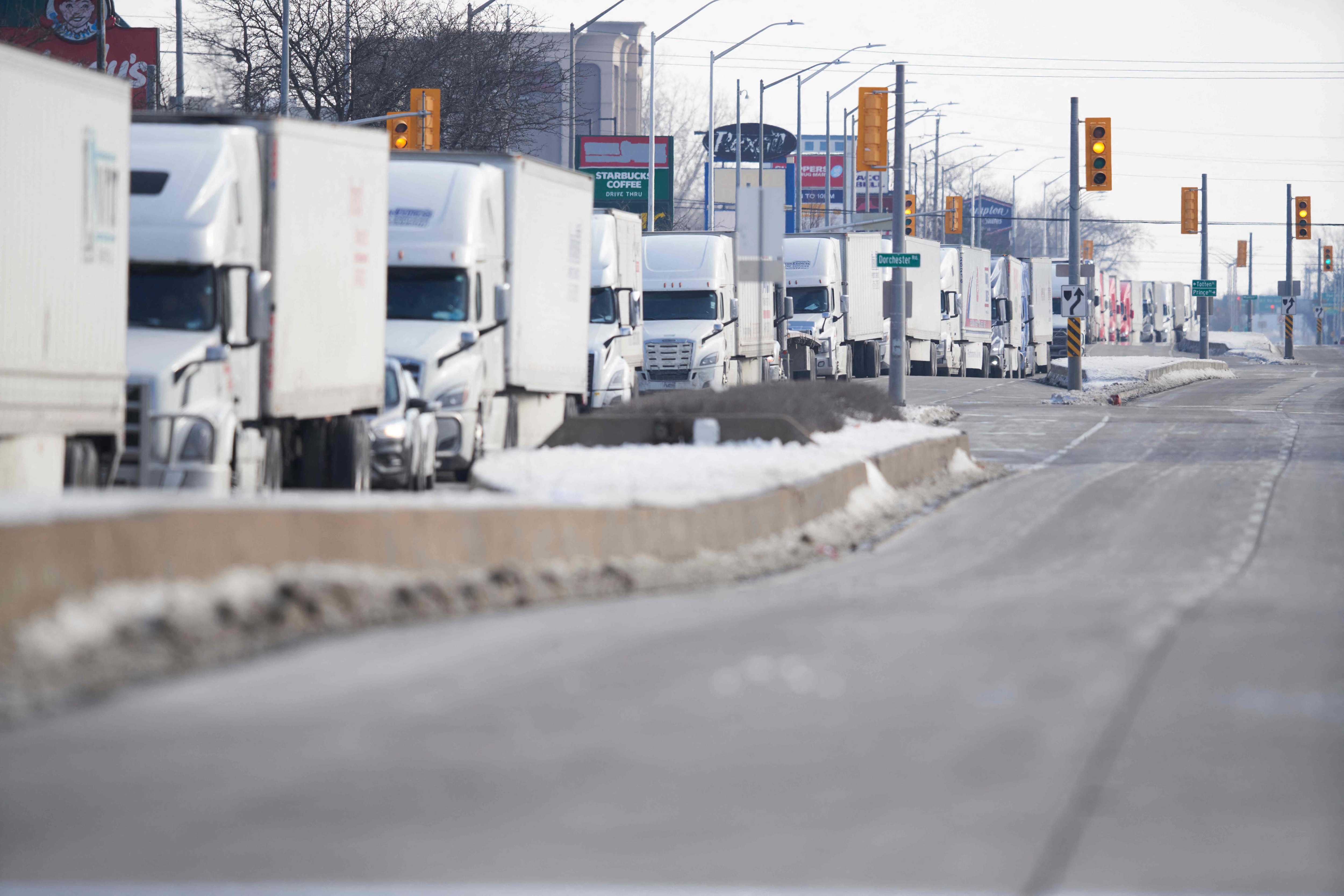 A line of trucks waits for the road to the Ambassador Bridge border crossing in Windsor, Ontario to reopen. (AFP)

Brian Kingston, CEO of the Canadian Vehicle Manufacturers’ Association (CVMA), has highlighted the possible damages for the country's automotive sector if the protests continue and the blockade remains in place. “Blockades at Canada’s borders are threatening fragile supply chains already under pressure due to pandemic related shortages and backlogs," he said, according to reports. "We are calling on cooperation from all levels of government to resolve this situation and bring an immediate end to these blockades."

It is estimated that around 2.5 million trucks cross the Ambassador Bridge. This is around 25% of all goods that move between the two North American neighbours.

The entire matter has also escalated into a political fireball with AP stating that trucker spokesman Tom Marrazo has highlighted protesters want to overthrow the Justin Trudeau government.