The new date for the Beijing International Automotive Exhibition, originally scheduled for April 21-30, will be announced at a later date.
By : AFP
| Updated on: 17 Feb 2020, 03:58 PM 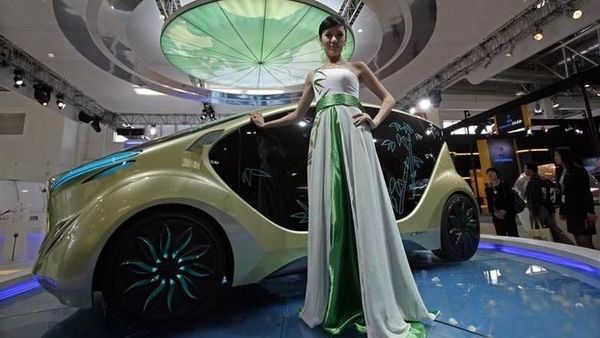 Organisers of China's biggest car show announced Monday the event was the latest to be postponed due to the outbreak of the deadly coronavirus.

More than 70,000 people have been infected by the epidemic, which started in central Hubei province and has spread across China.

The outbreak has claimed 1,770 lives and prompted the closure of many schools, entertainment venues and large-scale events.

The Beijing autoshow, which is held every two years, attracted 820,000 people in 2018 from 14 different countries and regions.

This year's event was due to take place between April 21 and 30.

Organisers said the event would be cancelled to "do a good job of epidemic prevention and control" and to protect the "physical health" of exhibitors and visitors.

It is the latest in a series of events that have fallen victim to the spread of the virus, both in China and overseas.

The Chinese Grand Prix scheduled for April 19 was postponed last week because of the "continued spread" of the deadly coronavirus, motorsport's governing body FIA said.

Other events that have been cancelled or postponed include the Maybank Championship in Malaysia, the China Open in Shenzhen and the trade fair Mobile World Congress 2020 in Spain.

State media said Monday that China may postpone its annual parliament session, as the country battles to control the outbreak of the new coronavirus.

China's ruling council will "deliberate a draft decision" over postponing the ten-day National People's Congress (NPC), said official news agency Xinhua, ahead of the meeting due to start on March 5.

Chinese authorities have placed about 56 million people in Hubei and its capital Wuhan under quarantine, virtually sealing off the province from the rest of the country in an unprecedented effort to contain the virus.