Auto Expo 2018: From Kawasaki to Yamaha to Suzuki, don’t miss these 11 new bikes

Don’t miss these new bikes and scooters at the Auto Expo 2018 to be held at Greater Noida between February 9 and 14. You can choose from hot new launches, updates and concepts from Kawasaki, Yamaha, TVS and Suzuki and many more.
By : Autocar
| Updated on: 06 Feb 2018, 12:21 PM 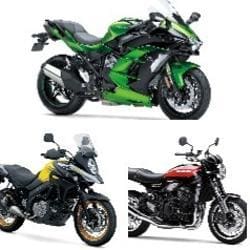 Bike lovers will have a lot to look forward to at the Auto Expo 2018.

A preview of upcoming scooters and bikes at the most awaited motor show in the country; expect to see hot new launches, updates and concepts. 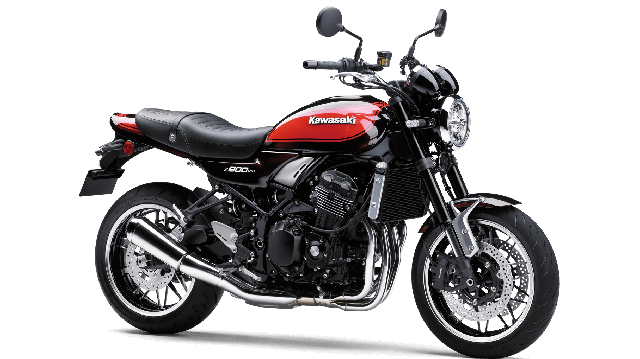 The Z900RS is a retro-themed motorcycle that clearly pays homage to the renowned Kawasaki Z1. Powering the bike is the same liquid-cooled, 948cc, in-line four-cylinder engine which is seen on the Z900. On the Z900RS, peak power is down from 125hp to 111hp while peak torque is now 98.5Nm. However, the Japanese manufacturer has tuned the engine for more mid-range grunt, as well as to help it pull faster below 7,000rpm. Interestingly, Kawasaki has added a traction control system to the Z900RS and 300mm front discs gripped by radial-mount calipers which aren't seen on the Z900. The Z900RS will be present at the Expo and will also be launched in India - perhaps at the Expo, perhaps later.

The 400 in the Ninja's name indicates the motorcycle's all-new 399cc parallel-twin engine that makes a claimed 45hp and 38Nm of torque. However, there is no clarity at the moment on whether Kawasaki will bring the Ninja 400 to India, as the Ninja 300 was recently introduced in BS-IV trim, but we believe it is possible as this bike offers ABS, which will be mandatory soon. If the 400 does make it here, expect it to be priced higher than the Ninja 300's price of ₹3.6 lakh (ex-showroom, Delhi).

The Kawasaki ZX-10R now has an SE variant that features electronic semi-active suspension derived from the company's Superbike World Championship race bike. The SE comes equipped with Showa suspension at the front and rear (Balance Free Front Fork and BFRC-lite shock, featuring the same construction as the suspension on Kawasaki's WSB Ninja ZX-10RR race machines). It is also the company's first motorcycle to feature Kawasaki Electronic Control Suspension (KECS). Power figures, however, are identical to the 10R - 207hp at 13,000rpm (with ram air) and peak torque of 113.5Nm at 11,500rpm. 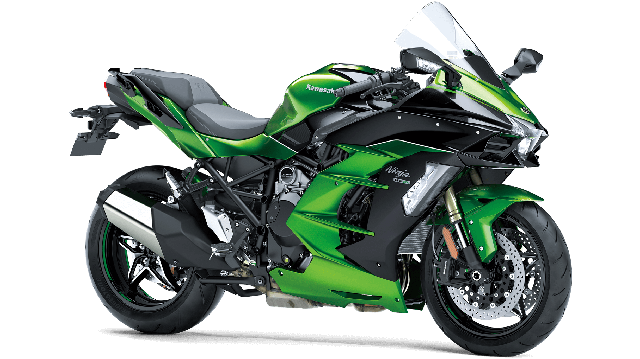 The Japanese bike maker recently launched the supercharged H2 SX sports tourer internationally, which features a lot of changes over the standard H2 - including an improved fuel economy - that make it more of a tourer. The bike is available in two trims - the SX and the high-spec SX SE - and Kawasaki states that the engine has received revisions to provide more mid-range power, as opposed to the top-end power seen on the H2 and H2R. The Ninja H2 SX may be on display but an India launch will depend on supply constraints; as the bike - which is much more affordably priced compared to the Ninja H2 - is seeing strong demand overseas.

Kawasaki has so far launched several non-road-legal, dirt-biased motorcycles. First came the small KLX 110 in late 2015, followed by the motocross-style KX100 and KX250F in December 2016. In January 2017, Kawasaki introduced the off-road, trail-style KLX 140G. After which, Kawasaki brought the new KX250F, KX450F and KLX450R to India. We can expect all of these dirt bikes and more to be on display at Kawasaki's stand at the Auto Expo 2018. In addition to this, it is possible that Kawasaki may also launch something along the lines of its 2018 KLX 250 in India. 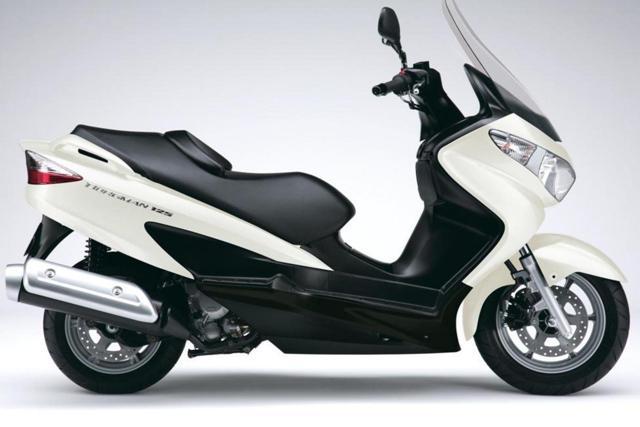 Details on this new scooter are sparse, but it is believed that it could be a 150cc unit. Given that Suzuki's line-up already has the 110cc Let's scooter and the well-established 125cc Access, which is currently the brand's top seller, a 150cc scooter would fit well in the brand's portfolio. Our sources tell us that the new product will be exciting and quite different from what we've seen so far. The current 150cc scooter segment in India is slim, with the only players coming from the Piaggio group in the form of the 150cc scooters from from Vespa and the Aprilia SR150. 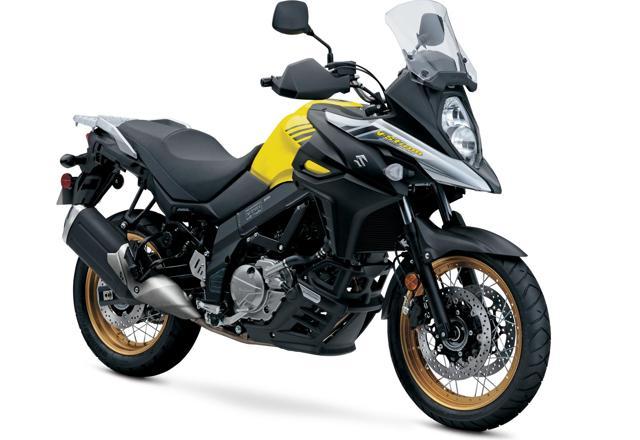 Suzuki will also be launching a new CKD motorcycle at the 2018 Auto Expo. It is likely that this bike will be Suzuki's first sub-1,000cc offering in India, and it could be either the V-Strom 650 adventure bike or the GSX-S750 naked sports bike. The V-Strom 650 uses a 645cc V-twin motor that produces 71hp while the GSX-S750 gets a powerful 749cc inline-four-cylinder engine that produces 114hp. In terms of pricing, the V-Strom may be priced slightly higher than the Kawasaki Versys 650. But if it's the Suzuki GSX-S750 that's launching, it could be priced on-par or may even undercut Kawasaki's well-priced Z900, while offering similar performance. The Suzuki also offers traction control, which the Kawasaki Z900 misses out on.

In typical TVS fashion, the company will not be launching any new motorcycle at the Auto Expo 2018. However, the company is expected to display a concept that will become a future production model. TVS has done this before, first with the Draken concept that went on to be become the Apache RTR 200, and second with its next big concept, the Akula, that became the recently-launched Apache RR 310. Considering how immersed TVS is in racing, this concept will likely be along the lines of a sporty motorcycle.

Yamaha has managed to keep information regarding its its upcoming 125cc scooter under wraps. But we believe the scooter could be based on the Nozza Grande that was seen testing here. The Nozza Grande is sold in Vietnam and packs a 125cc, fuel-injected, air-cooled motor that puts out 8.2hp of peak power at 6,500rpm and a peak torque of 9.7Nm at 5,000rpm. The Indian version could feature a simpler, carburetted version of this motor to keep costs down. With wet weight at just 99kg, performance ought to be rather sprightly as well. Thanks to the tank being in the front, underseat storage capacity is at a spacious 27 litres. At 790mm though, the seat position is a bit high, when compared to other Indian scooters. As on the Vietnam-spec bike, it features 12-inch cast alloy wheels at both ends, as well as a front disc brake. 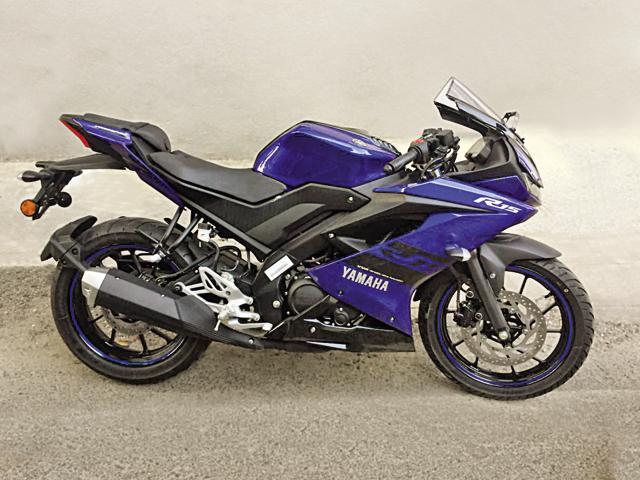 Yamaha had unveiled its R15 v3.0 in Indonesia, back in January 2017. At the time, we had stated that the motorcycle had some first-in-segment features. However, a test bike of the R15 v3.0 has now been spotted in India and it appears to come with different specifications. Interestingly, the new bike's engine appears to be different from that of the outgoing R15 in India; this means we could get the new 155cc, single-cylinder, liquid-cooled, fuel-injected engine from the international spec bike. However, this motor features Yamaha's Variable Valve Actuation (VVA) system which helps it make 19.3hp and 14.7Nm of torque. Pricing is expected to be around the ₹1.3 lakh (ex-showroom) mark. 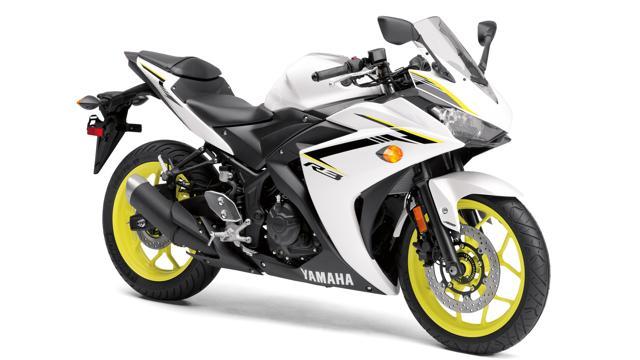 Yamaha has updated its YZF-R3 for the US market with three new colour schemes - Team Yamaha Blue, Raven and Vivid White. Other than the changes to make it compliant with Euro-IV (BS-IV) emissions standards, the 2018 R3 remains identical to the R3 that was launched in India back in 2015. On the performance front, the Yamaha YZF-R3 will continue to use the 321cc, parallel-twin, four-valve engine that makes 41.9hp at 10,750rpm, and 29.6Nm of torque at 9,000rpm. This engine is mated to a six-speed gearbox. The Yamaha R3 is available in both ABS and non-ABS versions in the US. We expect the new R3 to be priced around ₹3.5 lakh (ex-showroom) in India.