Auto dealers saw minor dip in demand, then the bottom fell out

The coronavirus outbreak could lead to decimation of sales and mass layoffs by an industry responsible for more than 1.1 million.
By : Bloomberg
| Updated on: 21 Mar 2020, 10:15 AM 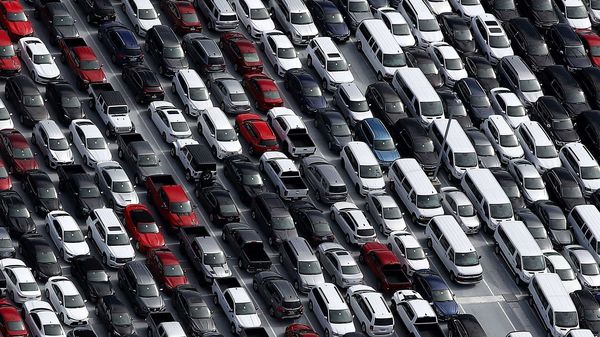 The year was looking like another solid one for an auto industry blessed by years of good fortune. U.S. demand for new cars in January, February and even the first weeks of March was strong.

And then, poof. Showroom traffic collapsed.

The crash has left dealerships lobbying to be allowed to stay open to repair cars that are essential for many Americans to make runs to grocery stores, pharmacies and medical facilities amid a pandemic. But even if they’re able to keep doors open, this much is clear: sales will be decimated and mass layoffs by an industry responsible for more than 1.1 million are inevitable.

“We’ve had to lay off a whole bunch of people in northern California in our sales departments," David Smith, the chief executive officer of Sonic Automotive Inc., one of the largest dealership chains in the country, said by phone. “We’re going to have to reduce staff, without a doubt nationwide, if only temporarily."

What’s uncertain is just how low industry sales will go. J.D. Power, which had been predicting merely a 2% decline in total U.S. deliveries, now fears the drop could be as much as 18% after having observed a startling deterioration in demand.

Sales activity in the beginning of March was hewing closely to J.D. Power’s predictions. But by the second week of the month, deliveries were down 8% from its forecast. On March 15, sales fell 38% below its expectations -- and that was before California and New York ordered their residents to shelter in place.

“We’re really early days," Tyson Jominy, vice president of data and analytics for J.D. Power, said in a phone interview. “We think this is going to play out very strongly over the remainder of March, as well into April, with very strong declines."

The market researcher now expects March sales to be down about 30%. It’s lowered its 2020 sales forecast to a range of 14 million to 16 million vehicles, from 17 million last year.

To hit the low end of that range, the industry has to grind to a halt for an extended period. This week, most automakers announced they’ll temporarily shut their North American factories in response to slowing sales, parts shortages and public efforts to slow the spread of the virus.

The governors of New York and Pennsylvania are ordering dealers’ sales operations in their states to close, Automotive News reported Friday. California’s dealer association is seeking clarity from Governor Gavin Newsom, who on Thursday announced a state-wide stay-at-home order.

“We’re wearing gloves and masks and disinfecting the cars before and after test drives, and we’re offering to come and pick up people’s cars for them if they need service," he said. “We’re taking measures so that both our teammates are safe and our guests are also safe."