Aston Martin shaken and stirred as rivals power ahead

Aston Martin, famed for being fictional agent James Bond's brand of choice, cut its forecast for wholesale volumes and profit margins in July, and reduced its volume forecast again in November.
By : Reuters
| Updated on: 08 Jan 2020, 09:53 AM 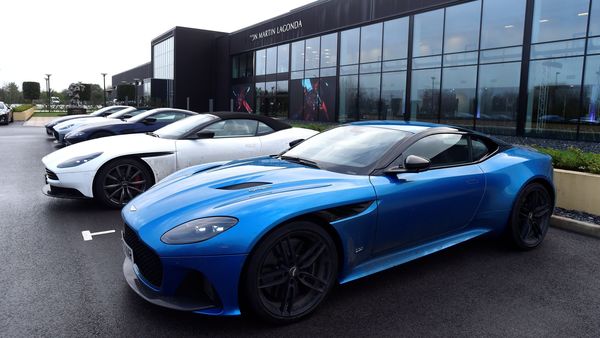 Aston Martin warned its 2019 profits would almost halve due to weak European markets, sending its shares sharply lower as rivals Bentley and Rolls-Royce powered ahead.

Tuesday's downgrade is the latest from the British luxury carmaker, whose shares have now plunged about three quarters in value since their 2018 listing.

The 107-year-old firm, famed for being fictional agent James Bond's brand of choice, cut its forecast for wholesale volumes and profit margins in July, and reduced its volume forecast again in November.

It has blamed weak UK and European markets and subdued demand for its Vantage model and said on Tuesday those conditions continued through December, leading to a 7% drop in wholesale volumes for 2019.

"From a trading perspective, 2019 has been a very disappointing year," Chief Executive Officer Andy Palmer said, as the company's shares plunged as much as 16%.

While Aston spent 2019 ploughing money into a new factory to build its first sport utility vehicle (SUV), the highly lucrative market a number of carmakers have entered, rivals such as BMW-owned Rolls-Royce and Volkswagen-owned Bentley appear one step ahead.

Bentley on Tuesday said its Bentayga SUV boosted the brand's performance in 2019 as it returned to profitability, while Rolls-Royce's Cullinan helped drive a 25% increase in sales to an all-time high of 5,152 vehicles.

"Cullinan has proven to be an outstanding hot-seller for the brand," Chief Executive Torsten Mueller-Oetvoes told Reuters.

"We are sitting now on an order bank reaching even far into 2020."

Aston hopes its first SUV, the DBX, will emulate this success and revive its fortunes next year. About 1,800 orders have been booked since its launch in November, the company said.

"The order rate is materially better than any other car that we have ever launched before," Palmer told Reuters.

The company reported 247.3 million pounds in core profit a year earlier, while analysts' average forecast was 196 million pounds for 2019, according to a company-compiled consensus.

Aston said it was also in talks with investors for a potential equity investment and would draw down $100 million in bond notes.