Around 91 per cent of customers, who ended up purchasing a car at a dealership after exploring it online, chose to buy the same model at dealership that they had explored online.
By : HT Auto Desk
| Updated on: 30 Mar 2021, 05:53 PM 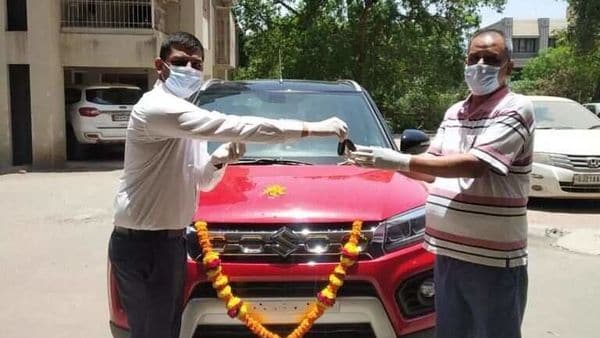 With the advent of digitization, especially amid lockdowns induced by coronavirus, more people have started exploring cars online before buying. As many as 76 lakh people experienced the features of their next vehicles online in 3D in 2020. This is a 300 per cent rise as compared to 2019, as per a survey by data and vehicle visualisation firm Eccentric Engine.

As consumers moved online to research about their cars, around 51 per cent of the sessions came from six top-tier cities - Delhi, Mumbai, Pune, Hyderabad, Bangalore and Chennai. Lucknow was also a part of the top-10 cities with 3 per cent of the digital sessions. "The trend seems to be spreading to smaller tier-II and III cities nationwide with the tier-III accounting for 9 per cent of total sessions between 2018-20. Cities like Secunderabad, Udaipur and Imphal led the uptrend in 2020," the survey added.

The survey further stated that while in 70 per cent of the sessions, the potential consumers explored their next car on their smartphones, 25 per cent did so on desktops. Blue and white colours emerged as the top shades of new cars explored by more than 40 per cent of Indian users while 35 per cent preferred grey, brown and silver. As many as 15 per cent users preferred red, black and orange.

Around 91 per cent of customers, who ended up purchasing a car at a dealership after exploring it online, chose to buy the same model at dealership that they had explored online. Even those living outside the country were found to be making buying decisions for their family by exploring Indian make cars digitally for their families back home.

The results came from the survey that collected data from selected original equipment manufacturers from a sample of 10 crore interactions. Over 5,000 interactions occurred across Tier-I, II and III cities nationwide.