The upcoming Apple CarPlay software for car dashboards will connect it more deeply into core driving systems of the vehicle.
By : HT Auto Desk
| Updated on: 07 Jun 2022, 07:18 AM 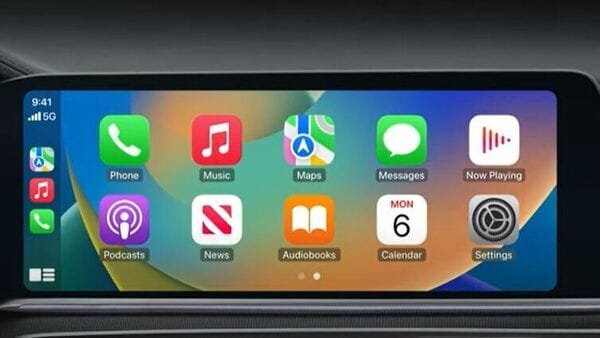 A sneak-peek into the next-generation of Apple CarPlay

At its annual developer conference, tech giant Apple announced that it will introduce a new generation of CarPlay that would be integrated deeper into the core driving systems of cars. The company's new car dashboard software will be able to provide content for all the driver screens in the vehicle, displaying data related to speed, fuel levels and mileage. Though the software will not be fully revealed until late next year, the company is already working on it with automakers such as Ford, Nissan, Mercedes-Benz and Honda Motor.

The upcoming Apple software for car dashboards connect it more deeply into core driving systems and the hardware of the vehicle as compared to its previous versions that were mostly limited just to the vehicle's infotainment displays, and for functions such as playing music and navigating on maps. The upcoming new software will even allow drivers to adjust temperatures for seats and cabin without having to exit the CarPlay app.

With a consistent and unified user interface, the upcoming Apple CarPlay will bring the best of both worlds - the iPhone and the car. It will also display widgets powered by the iPhone while fitting them on the car's screen. The next-gen CarPlay will not just be limited to the infotainment screen but will also power the entire instrument cluster of the vehicle, helping drivers see important information in a glance, without having to change the angle of their viewing.

Car owners can also customize the look and feel of their instrument cluster via the CarPlay by choosing different colours, dial treatments, themes, layouts and backgrounds.