Cities and countries around the world have announced plans to crack down on diesel vehicles in the wake of the 2015 Volkswagen emissions scandal and the EU is introducing tougher carbon dioxide rules.
By : Bloomberg
| Updated on: 04 Feb 2020, 01:18 PM 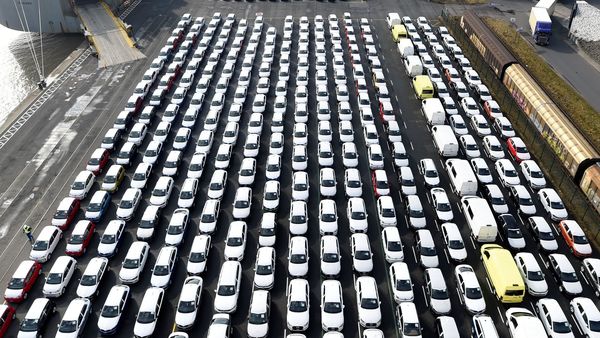 Prime Minister Boris Johnson will seek to position the U.K. as a leader on climate change on Tuesday, just days after firing the president of the next global climate talks.

Johnson will formally launch the process leading to a United Nations summit in Glasgow, Scotland, in November with the announcement that the U.K. is bringing forward its target to end the sale of new petrol and diesel cars by five years to 2035.

He will enlist the help of revered wildlife filmmaker David Attenborough at the launch event in London, but the occasion is likely to be overshadowed by a dispute with Claire O’Neill, who he fired as president of the talks on Friday.

In a tweet that has since been deleted, O’Neill accused Johnson’s government of failing to prioritize climate change. “A shame we haven’t had one climate cabinet meeting since we formed," she wrote Friday. Saying that she was “very sad" to be ousted, she added that Johnson’s government “can’t cope with an indy cop unit."

Johnson’s spokesman James Slack said the decision had been taken to make the presidency a ministerial role, ruling out O’Neill, who stepped down as a member of Parliament last year. The new president will be appointed in the next ministerial reshuffle, expected in the coming weeks.

COP26, the abbreviated name of the 26th session of the Conference of the Parties to the United Nations Framework Convention on Climate Change, is seen as key to the process, as it marks the year when all countries are supposed to submit long-term pollution goals. It will also need to finish the work of COP25 last year in Madrid, which ended in failure.

“Hosting COP26 is an important opportunity for the U.K. and nations across the globe to step up in the fight against climate change," Johnson will say in extracts of his speech released by his office. “2020 must be the year we turn the tide on global warming – it will be the year when we choose a cleaner, greener future for all."