Honda Motor highlighted its commitment towards ensuring compliance with laws and sentiments of every country it operates in.
By : HT Auto Desk
| Updated on: 09 Feb 2022, 10:41 AM 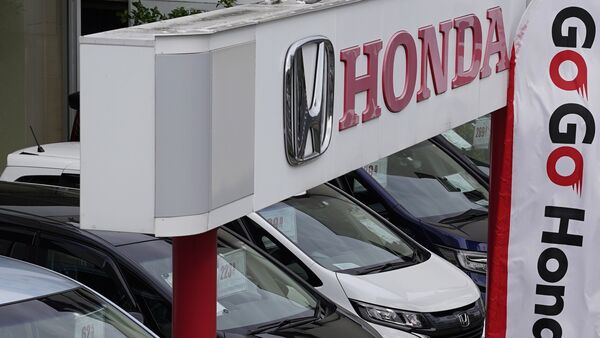 File photo of Honda logo used for representational purpose only

Honda Motor Company, parent of Honda Car India, late Tuesday evening issued a statement over a tweet made by an ‘independently-owned dealer’ in Pakistan on the ‘struggle for freedom in Kashmir.' Distancing itself from the tweet, Honda Motor said that its policy doesn't allow it to comment on race, politics, religion and social issues in any part of the world.

The statement from the automaker was posted on the Twitter handle on Honda Car India after it faced enormous backlash in India over the said tweet. The company termed the social media posts as unauthorized, saying, “Statement contrary to this effect by any associate, dealer or stakeholder is not in line with its policy."

The company highlighted its commitment towards ensuring compliance with laws and sentiments of every country it operates in, saying, “Any hurt caused to this effect is regretted."

In distancing itself from ‘unauthorized’ social media posts from dealers in Pakistan and apologizing for hurting the sentiments of people in India, Honda joined the likes of Suzuki Motor, Kia and Hyundai Motor. The tweets related to Kashmir from Hyundai, Kia and Suzuki dealerships, apart from other non-automotive brands like Pizza Hut, KFC and others in Pakistan led to swift and severe backlash in India with netizens calling for a boycott of the products.

The matter was also raised in Rajya Sabha where in case of Hyundai, Commerce and Industry Minister Piyush Goyal confirmed that the Indian government has asked the carnaker for a better response, after it had issued a statement on Sunday. This was followed by a statement from the parent company which re-affirmed that Hyundai Motor India has no association with the said distributor in Pakistan. (Read full statement here)

Government also summoned the South Korean foreign minister on the matter post which the minister issued a statement that he "regretted the offence" caused to the people and government of India by the said social media post.