Women police personnel with Pink Patrol vehicles passing from Hazratganj crossing after the Flag off by Uttar Pradesh Governor Anandiben Patel under the Safe City project, a women's safety campaign, in Lucknow on Saturday. (ANI Photo)

As the Uttar Pradesh government grapples with rising number of crimes, especially against women, Lucknow became the first city in the state to get a Pink Patrol fleet, a patrol unit which only has women cops. Uttar Pradesh Governor Anandiben Patel flagged off 100 two-wheelers and 10 SUVs last weekend.

The all-women patrol team has around 250 women police personnel who have rigorously trained for this job. They will be the first responders for immediate action on cases of molestation and crime against women.

The Pink Patrol is part of Safe City Project, which was approved by the Ministry of Home Affairs (MHA). The project for Lucknow in Uttar Pradesh has a total cost of ₹194.44 crore under the Nirbhaya Fund Scheme. The fund for this centrally sponsored scheme is divided between the Centre and State in 60:40 ratio.

This approval was a part of MHA's plans to implement Safe City projects in eight cities - Mumbai, Delhi, Kolkata, Chennai, Bengaluru, Hyderabad, Ahmedabad and Lucknow - under Nirbhaya Fund, with the purpose of strengthening safety and security of women in public places. 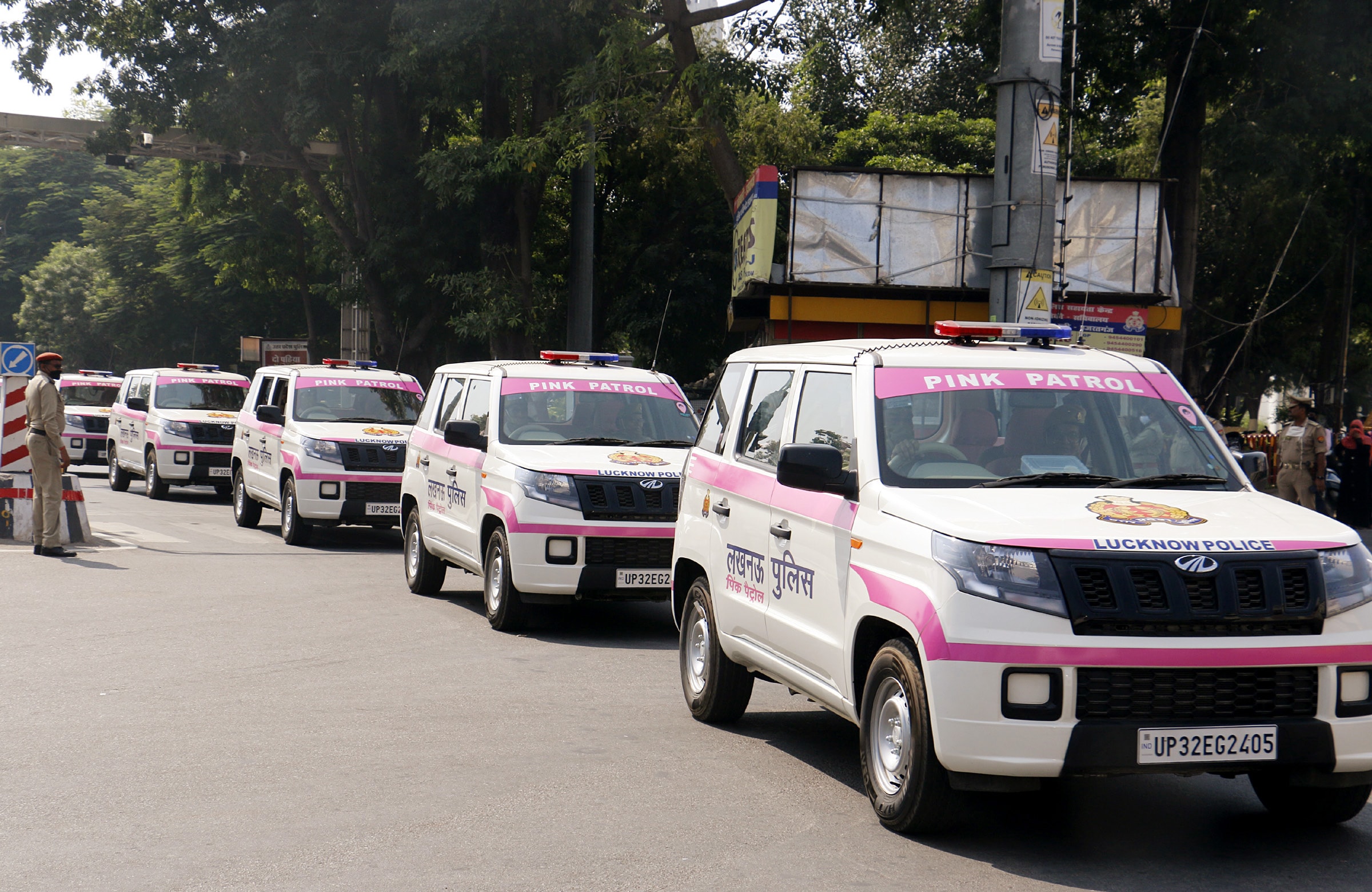 10 Mahindra SUVs have been pressed into service as part of the Pink Patrol fleet in Lucknow. (ANI Photo)

Besides Pink Patrol, the Safe City Project in Lucknow will include Integrated Smart Control Room, Pink Outposts (exclusively administered by women police) for facilitating ease of filing complaint by women, women help desks in all police stations with counsellors, safety measures in buses, including cameras, improving street lighting in hot spot areas and much more.

The Pink Patrol campaign will run for 180 days. Governor Patel said, "We all have a responsibility towards the safety of women, it is not the responsibility of anyone department or an officer. The proceedings of every case of atrocities against women should be solved on time. We should take a pledge that there should not be a single incident of crime against women."

Later, the state government plans to extend Pink Patrol to other cities in UP like Kanpur, Agra, Gorakhpur, Varanasi, Prayagraj, Meerut, Noida, Ghaziabad and Moradabad.