The electric-vehicle company is burning through cash. It needs to steer clear of hype and make cars.
By : Bloomberg
| Updated on: 27 Feb 2020, 08:41 AM 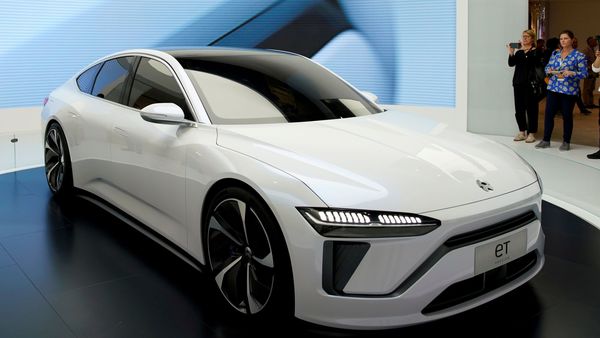 Will a provincial government be able to save China’s Tesla wannabe? Investors seem to think so. The reality may be different.

New York-listed NIO Inc., a self-described pioneer in China’s premium electric vehicle market and rival to Elon Musk’s company, said Tuesday that it has made a tentative agreement with the municipal government of Hefei in Anhui province for funding support. The company will move its China headquarters there from Shanghai and says it plans to raise more than 10 billion yuan ($1.43 billion) in light of the partnership. Other details were sparse. The stock surged as much as 34%.

Those are lofty ambitions considering the company was sitting on $1.5 billion of debt and is expected to post negative free cash flow of $1.4 billion for 2019, according to Bloomberg estimates. Earlier this month, NIO said it had raised $100 million in one-year convertible notes, bringing the aggregate to $200 million of private placements this year. It said it was “working on several financing projects, the outcome of which is uncertain at this stage." Meanwhile, as the coronavirus hobbles China Inc., NIO can’t afford to pay its workers on time.

The company has done a few similar partnerships. Last year, it entered into a 10 billion yuan agreement to finance research and development and a new manufacturing facility with a state-owned fund in Beijing, E-Town Capital, in exchange for a minority stake.

NIO counts the likes of Baillie Gifford & Co. (a big Tesla investor), Tencent Holdings Ltd. and Temasek Holdings Pte among its backers. It has continuously burned cash since before going public in 2018. In the third quarter, it went through around 1.5 billion yuan to 2 billion yuan, Goldman Sachs Group Inc. analysts estimate. They also forecast another cash outflow of 14 billion yuan before the company can break even in 2023. As NIO noted in its latest results announcement for the third quarter, its “cash balance is not adequate to provide the required working capital and liquidity for continuous operation in the next 12 months."

A helping hand from Beijing can’t turn around its operations at this rate of burn. Part of the fundamental problem is that the company doesn’t make its own cars. They’re manufactured by state-backed Anhui Jianghuai Automobile Group Corp., or JAC, at a plant in Hefei – where it’s moving – under a five-year agreement signed in 2016. The cost-effectiveness is questionable: For the first three years, NIO paid on a per-car basis and foot the bill for the plant’s operating losses. It isn’t clear what the arrangement is now.

Under the new agreement, NIO plans to build a manufacturing facility. It previously scrapped plans for one in Shanghai, where Tesla has been welcomed by the local government.

Even though car sales have inched up, NIO has continued to spend well beyond its means. The cost of selling vehicles and other products rose faster than revenues in the third quarter. But its cost of sales rose to 2.1 billion yuan, up 2.3% from the second quarter, and climbed 30% from a year earlier. Research and development expenses came down from the second quarter but were almost flat on-year at 1.02 billion yuan, accounting for almost 60% of revenues.In its latest earnings call, the company said it was taking cost-reduction measures. It cut around 2,000 jobs between January and September last year. What money NIO does bring in may be better spent on making the cars, rather than feeding hype around them.

More than cash, NIO seems to need a new strategy if it wants to survive.