Al Iacobelli, Fiat Chrysler’s former labour relations chief, was charged for tapping into a union training-centre fund for years to buy himself a Ferrari and Montblanc pens, and to lavish union officers with $1.5 million in cash and gifts.
By : Bloomberg
| Updated on: 11 Dec 2019, 12:57 PM 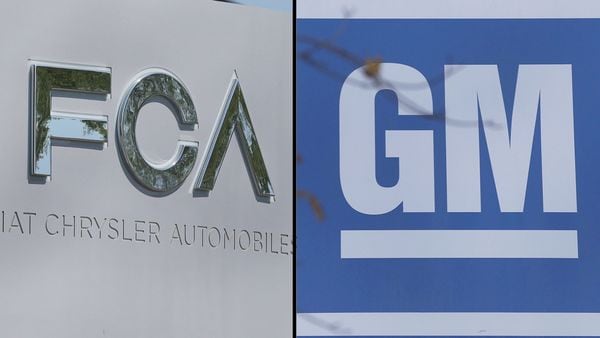 General Motors has sued Fiat Chrysler on allegations of bribery

General Motors Co. executives had laid the groundwork for a new labour agreement with the United Auto Workers union in September 2015. The company had met most of the union’s demands with a proposal that would have boosted pay and benefits by almost $1 billion over four years.

If the UAW’s then-president Dennis Williams had agreed and the deal been ratified, it would have set a precedent for similar accords between the UAW and Ford Motor Co. and Fiat Chrysler Automobiles NV. But instead, Williams balked and went to Fiat Chrysler to cut a pattern-setting deal that pushed GM’s four-year labour costs up by $1.9 billion.

The roughly $1 billion difference seemed like hard luck at the time, but suspicions arose at GM headquarters when Al Iacobelli, Fiat Chrysler’s former labour relations chief who later joined GM, was indicted in July 2017, according to people familiar with the matter. Federal investigators charged him for tapping into a union training-centre fund for years to buy himself a Ferrari and Montblanc pens, and to lavish union officers with $1.5 million in cash and gifts. GM attorneys began to suspect Williams and other union leaders may have been swayed by graft to favour Fiat Chrysler at their expense, a charge current UAW leaders deny and that the Justice Department hasn’t made.

The Iacobelli case set off a more than two-year effort by GM’s legal staff to establish a pattern of coziness between the UAW and Fiat Chrysler, leading to an unprecedented step: hitting its rival with a federal racketeering lawsuit. Bloomberg spoke with several people involved in the lawsuit and pored over court filings to assemble this detailed account of the evidence GM’s lawyers pieced together to convince chief executive officer Mary Barra they had a strong case of unfair behaviour by Fiat Chrysler and the union.

When Iacobelli pleaded guilty to violating labour laws, alarm bells went off in GM General Counsel Craig Glidden’s office. He and his attorneys became increasingly convinced Fiat Chrysler had bought off union officers as part of a strategy to gain a cost advantage. They also started doing forensic work to match up emails and key dates in the Fiat Chrysler-UAW scandal with overtures the company’s late CEO, Sergio Marchionne, made to pressure Barra into a merger she didn’t want.

Barra, 57, relied on her staff to sift through court filings and build a bribery case, even though she knew it would be incendiary. GM’s top managers didn’t make a final decision until days before filing the suit on 20 November. For Barra, the choice to move ahead rested on two key points. First, cheating to get a better labour deal offended her personal sense of fair competition. The second rationale was more pragmatic: If GM was injured financially, someone had to hold Fiat Chrysler accountable.

“I would just say, it was not a decision that we made lately," Barra said during an investor conference last month. “It was something that we very, very carefully considered."

Fiat Chrysler and its chairman, John Elkann, have denied the allegations. The company and UAW have said the nine former leaders who worked on past labour contracts and have been convicted of corruption acted on their own.