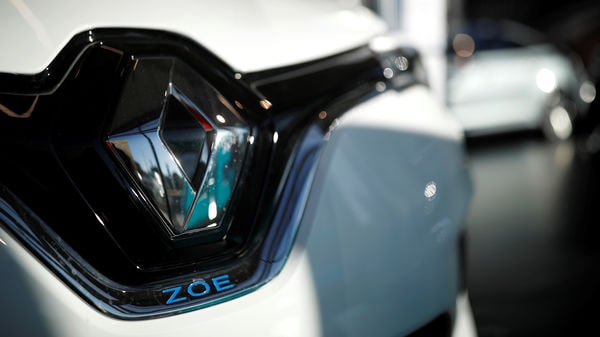 A Renault ZOE electric car is pictured at a dealership in France. (File photo)

The European Union will aim to have at least 30 million zero-emission vehicles on its roads by 2030, as it seeks to steer countries away from fossil fuel-based transport, according to a draft document seen by Reuters.

In a strategy due to be published next week, the European Commission will lay out measures to tackle the quarter of EU greenhouse gas emissions that come from the transport sector.

"The EU's goal of climate neutrality by 2050 cannot be reached without introducing very ambitious measures to reduce transport's reliance on fossil fuels," the document said.

Hitting the bloc's climate targets will require "at least" 30 million zero-emission vehicles by 2030, it said.

That is a huge step up from the 1.8 million electric and plug-in hybrid vehicles registered in Europe at the end of last year, according to the International Council on Clean Transportation. Hybrids are not zero-emission vehicles.

With countries including France and Slovenia setting out end dates for the sale of new fossil-fuel cars, Europe's low-emission vehicle sales are growing fast, and continued to increase through the coronavirus pandemic this year.

However, industry has warned that a lack of infrastructure could hamper future sales of clean cars.

The EU document estimates Europe will need 3 million public charging points and 1,000 hydrogen refuelling stations by 2030, and promises a "roll-out plan with funding opportunities and requirements" next year. Europe currently has about 200,000 charging points.

The Commission declined to comment on the draft, which is subject to change before publication.

The EU will next year propose tighter CO2 emissions standards for cars and vans from 2025, and the draft document says they could be expanded to cover buses.

The document also said Europe's high speed rail traffic should double by 2030 and triple by 2050, while zero-emissions aircraft and ships need to be market-ready by 2035.