Skoda Volkswagen India wants an FIR filed against it quashed since the matter is already sub judice.
By :
| Updated on: 05 Nov 2020, 07:49 AM 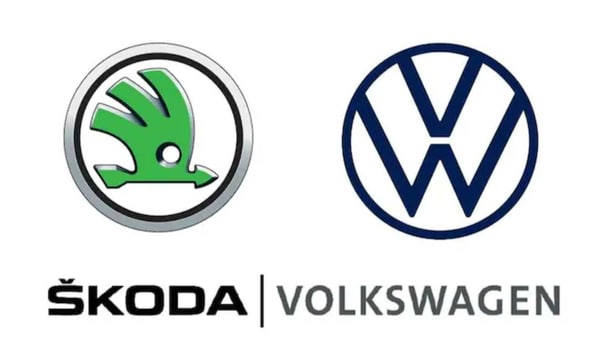 Skoda Volkswagen India wants an FIR filed against the company for allegedly using cheat devices in its diesel cars quashed.

The Supreme Court Wednesday reserved orders on a plea filed by Skoda Volkswagen India challenging an FIR registered in Uttar Pradesh by a customer over the use of "cheat device" in its diesel car.

A bench headed by Chief Justice S A Bobde said there are many legal procedures by which the automobile company can secure relief for itself and observed that prima facie investigation should continue in the case.

"We have read the case. We are saying as to why the trial/investigation should not go on...

"There are many ways to deal with the criminal investigation...we know that Volkswagen is a legendary motor vehicle manufacturer, we are admirers of it... We have had the highest respect for it since World War II...but you are wrong on the stage at which you are coming here," the bench observed.

At the outset, senior advocate A M Singhvi, appearing for Skoda, told the top court that in December, 2015, a complaint against Volkswagen was made in the National Green Tribunal and in March, 2019 a penalty was imposed which was stayed by the apex court.

There was also this FIR lodged in UP and the company moved the high court seeking its quashing, Singhvi told the bench, also comprising Justices A S Bopanna and V Ramasubramanian.

Singhvi said as to how a fresh can case be started when the same matter is being dealt by the NGT and the top court.

The apex court, however, said that these are two different issues.

Singhvi argued that the vehicle was purchased by the complainant in 2018 and there were no complaints or representations made to the company.

"In connection with the NGT matter, we had come to the SC and there was immediate stay. While the matter is pending, this FIR was lodged where the allegations are same as the application before the NGT in the earlier complaint," Singhvi said.

The apex court was hearing an appeal filed by Skoda against the Allahabad High Court order refusing to quash the FIR and dismissing its plea.

The high court had said that whether a cheat device was installed in the vehicles is a matter of investigation and it cannot be interfered with by the court on an erroneous interpretation of the interim order of the Supreme Court.

The top court had earlier restrained the Centre from taking any "coercive" step against it for non-submission of ₹500 crore fine imposed by the National Green Tribunal for damaging environment through use of "cheat device" in its diesel cars in India.

Earlier, a green panel bench headed by chairperson Justice Adarsh Kumar Goel had directed the car maker to deposit the amount within two months with CPCB.

The tribunal had enhanced the compensation amount of ₹171.34 crore, which was recommended by a NGT-appointed committee, to ₹500 crore as a means of "creating deterrence".

The auto maker, however, had said that it did not violate the BS 4 norms and that the test results were based on "on road testings" for which there were no prescribed standards.

A 'cheat' or 'defeat device' is a software in diesel engines to manipulate emission tests by changing the performance of the cars globally.

Volkswagen India had in December 2015 announced the recall of 3,23,700 lakh vehicles in India to fix the emission software after ARAI conducted tests on some models and found that their on-road emissions were 1.1 times to 2.6 times higher than the applicable BS-IV norms.

The automobile giant had admitted to the use of 'defeat device' in 11 million diesel engine cars sold in the US, Europe and other global markets to manipulate emission test results.

After the tests by ARAI, Volkswagen India had undertaken to rejig the software by recalling around 3.23 lakh vehicles fitted with EA 189 diesel engines which were in alleged violation of emission norms.

The company, however, had said that the recall in India was purely voluntary in nature as it did not face any charges regarding violating emission norms in India, unlike in the US.