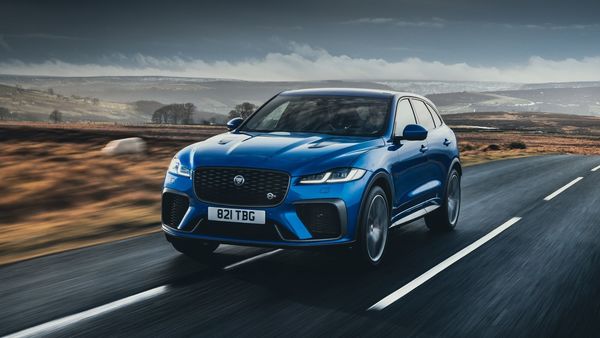 J Jaguar Land Rover on Monday announced the opening of bookings for F-Pace SVR performance SUV in India with the claim that it is faster and more feature-rich than ever before. The F-Pace SVR is the performance version of the F-Pace SUV and in its latest edition, gets numerous updates on the outside, under the hood and inside the cabin to stamp its capabilities.

The announcement pertaining to the bookings for F-Pace SVR comes shortly after the launch of the latest F-Pace which was launched last week at ₹69.99 lakh (ex showroom). (Full report here)

There is monstrous power at the disposal of the person behind the wheel of the F-Pace SVR courtesy a 5.0-litre V8 supercharged petrol engine which has 543 hp and 700 Nm of torque on offer. This helps the SUV race to 100 kmph from standstill in just four seconds.

Thanks to Jaguar’s new Electronic Vehicle Architecture, the transmission and dynamics systems have benefited from incremental tweaks. Jaguar also claims that an updated Dynamic mode which allows updated tuning helps the SUV deliver a more precision-driven driving experience. The software inside has been re-calibrated to offer sharper throttle response, stiffen the suspension set up, optimize steering and enhance the exhaust mapping.

All of this is also possible thanks to an eight-speed automatic transmission which, says Jaguar, provides not just swift gearshifts but shifts which adapt the way power is delivered to suit the driving situation.

All-Wheel Drive with Intelligent Driveline Dynamics comes as standard. "The technology has a rear-wheel drive bias for enhanced driver engagement and performance, with predictive and reactive software that can distribute torque to the front and rear axles independently, and almost instantly, to provide greater control and stability in low traction conditions," states the car maker. 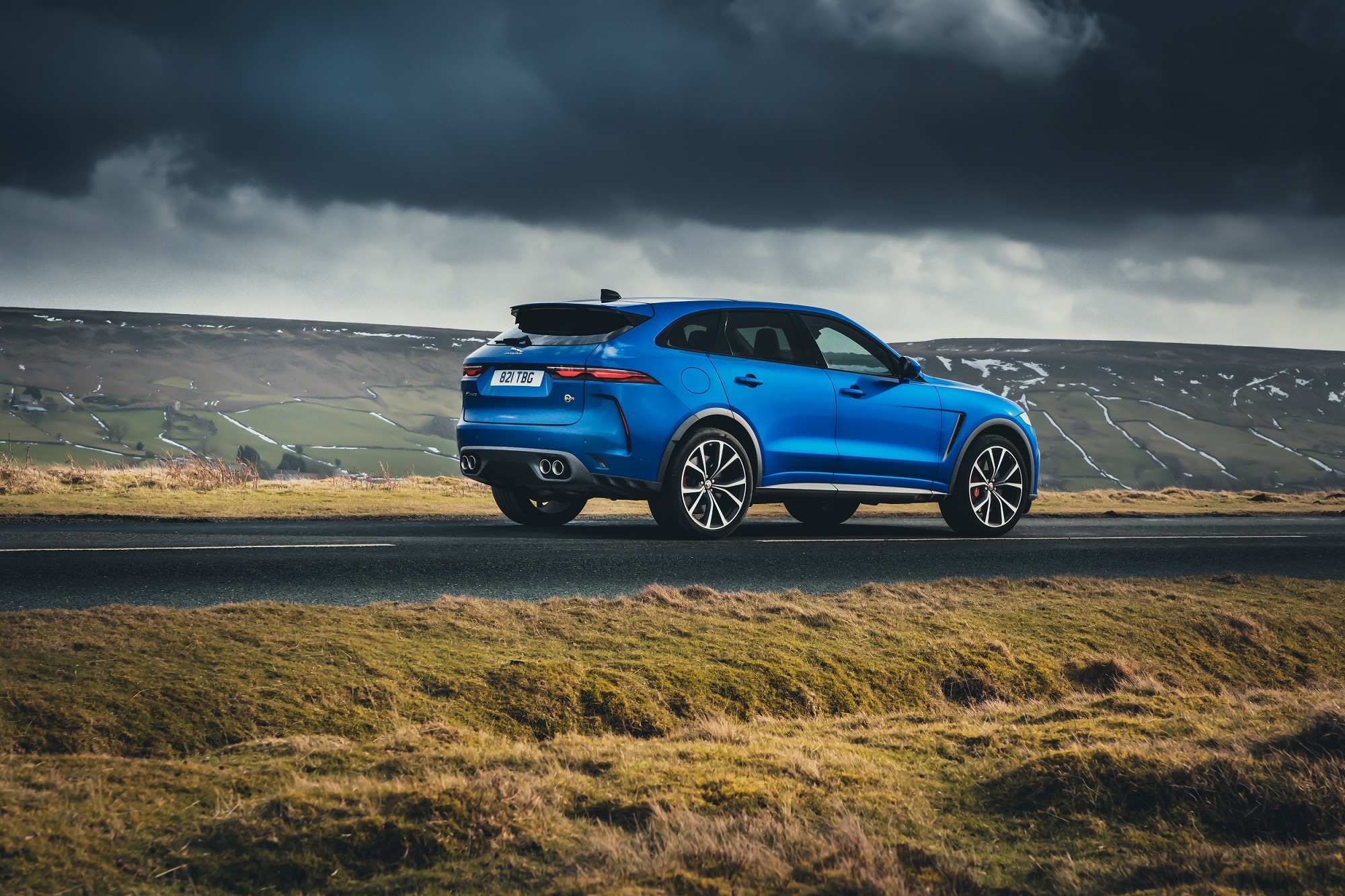 The F-Pace SVR now has an even more aerodynamic profile to help its performance credentials.

Special attention has been given to the airflow and aerodynamic features and credentials of the F-Pace SVR courtesy new apertures and vents for improved powertrain and brake cooling.

The design of the bumper at the front has been updated and now gets X-shape and blade-like elements intersecting the lower side air vents and intakes. The lower intake has been enlarged to improve airflow. 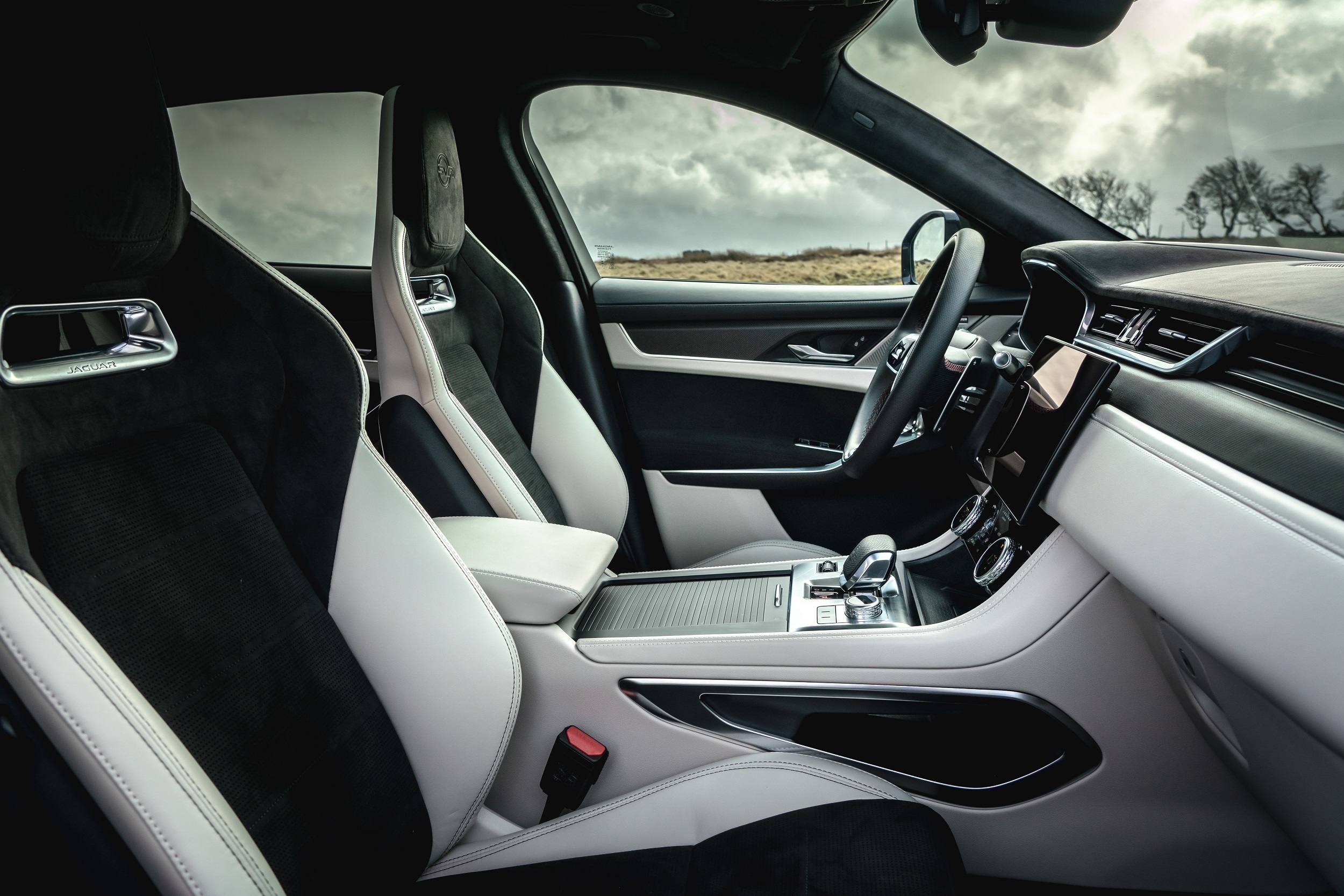 The cabin of the F-Pace SVR has been updated to further enhance its dynamic appeal, says Jaguar.

A bulk of the updates in the F-Pace SVR is inside the cabin which gets a 11.4-inch curved-glass HD touchscreen which is three-times brighter and 48% larger than before, a more performance-focused Drive Selector, optional wireless device charger and improved console stowage.

The other highlights include Cabin Air Ionization with PM2.5 filtration, Software-Over-The-Air (SOTA) capability, 3D Surround Camera technology, among others.

Jaguar Land Rover has been busy with its lineup of new and updated products since lockdown restrictions began to be eased in the country. The F-Pace and F-Pace SVR would be carrying weight of expectations and the car maker is confident of both finding favour among customers. "The new F-Pace SVR is a marvel of precision engineering and promises to extend the appeal of the Jaguar brand to drive enthusiasts looking for sports car like performance from their SUVs," said Rohit Suri, President and MD at Jaguar Land Rover India.