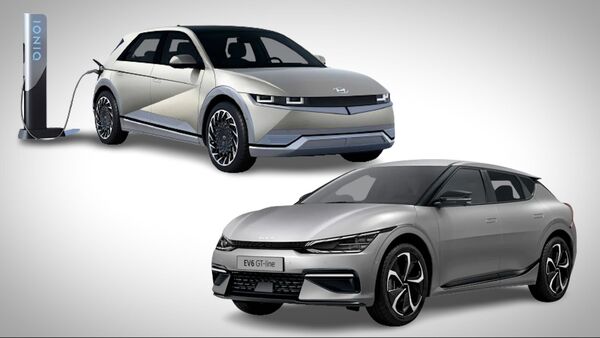 Hyundai Ioniq 5 and Kia EV6 have driven to several awards and accolades across the world.

The Ioniq 5 for Hyundai and the EV6 for Kia are models that provide the thrust to the Koreans in the world of electric mobility but recall orders covering thousands of units of both models have recently been issued in order to check a potential software glitch that may have an adverse impact on parking brakes in both the electric vehicles (EVs).

As many as 10,729 Hyundai Ioniq 5 units have reportedly been recalled while another 9,000 units of Kia EV6 have been called back for inspection in the US following reports of parking brake malfunction in four Ioniq 5 and one EV6 in South Korea. Reports suggest that in the incidents in South Korea, the owners of the affected vehicles said their EVs rolled away when parked on an incline and with the ignition turned off. Some subsequent reports have stated that Hyundai is suspecting voltage fluctuation that may affect the Shifter Control Unit that is primarily responsible for operation of the shift-by-wire system.

In the worst of situations, this could cause the parking brake to be disengaged even if ‘P’ is selected and the ignition is turned off. Yes, it is a cause of concern.

Hyundai says no such case of a parking brake malfunction has been reported outside of South Korea but has still gone ahead to issue recall orders in the US as a precautionary measure. The company is also suggesting that till such time that the vehicles are not inspected, owners ought to park their EVs on level ground.

Meanwhile, both Hyundai and Kia have confirmed Ioniq 5 and EV6 are coming to Indian shores this year itself. The move could help the Koreans establish a more solid foothold in the country even if both the models are likely to carry a premium price tag as these would be imported units.