Volkswagen ID series of electric vehicles are the backbone of the automaker's EV ambition in China.
By : HT Auto Desk
| Updated on: 18 Jul 2022, 06:43 AM 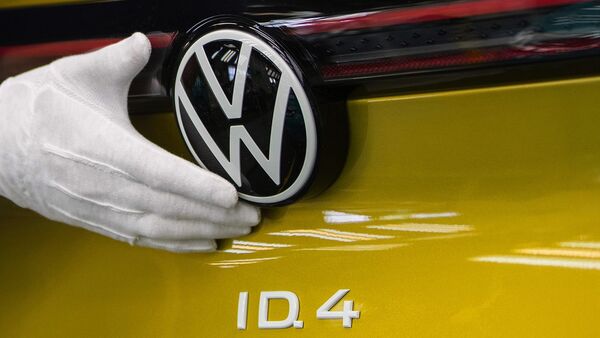 Volkswagen has revealed its goal of doubling sales of its ID series of electric vehicles in China this year. The automaker's strategy comes despite the Covid-19 disruptions. The German car brand is expecting to deliver up 20,000 ID cars every month in the Chinese market over the coming months, revealed Stephan Wollenstein, CEO of Volkswagen China.

Speaking about the automaker's strategy for the ID vehicles, Stephan Wollenstein said that the company hopes that it can get the necessary parts in place. "By doing so, we will then be able by the end of the year to have sales of IDs more than double compared to last year," he further added.

The German car manufacturer first set out the target in January of doubling sales of its ID electric vehicles in China this year from the 70,000 units it sold in 2021. The company claims that despite the Covid-19-related disruptions, it sold 59,400 units of ID electric vehicles in China in the first six months of this year. It also claimed that Volkswagen ID vehicle sales in China contributed 80 per cent of its total EV sales including plug-in hybrids.

Volkswagen is currently the most prominent foreign automaker by sales in China. Despite the EV sales growth, it said that the overall China sales of the OEM slumped 20.5 per cent in the first half of the year to 1.47 million units. Wollenstein, however, hopes for tremendously high growth in the second half for both the automaker and the overall industry thanks to the government policies spurring demand.