Mahindra and Mahindra will unveil as many as five electric SUVs on August 15 as part of its efforts to scale up its EV game to match up with segment leader Tata Motors.
By : HT Auto Desk
| Updated on: 22 Jul 2022, 14:01 PM 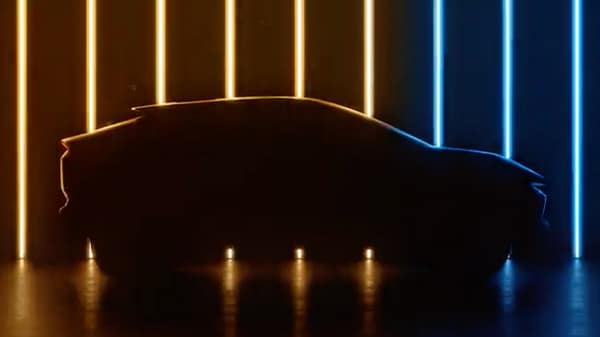 Mahindra and Mahindra has shared the silhouette of one of the five electric SUVs it will unveil during its August 15 event.

Mahindra and Mahindra has teased its new upcoming electric SUVs ahead of official debut next month. The carmaker's new EV wing has shared a glimpse of the new electric SUVs in its latest teaser in the run-up to the official unveiling event on August 15. One of the electric SUVs, which appears in silhouette, has a coupe-ish profile with a crossover-like body shape. There is one more with a body shape that resembles the XUV700.

Mahindra Electric had earlier teased three upcoming EVs for India. This also include the electric version of the XUV300 SUV, which will be renamed as XUV400. The XUV400 will be one of the first electric SUVs to be launched by the carmaker. Mahindra has officially announced that the electric avatar of the XUV300 will hit the Indian markets later this year.

The official unveiling of these electric SUVs will take place in UK on August 15 where it will share the carmaker's vision for electric vehicles including its comprehensive product technology. It will be followed by the unveiling of the XUV400 in September. Mahindra aims sell at least two to three electric SUVs for every 10 cars by 2027.

The XUV400 will compete with rivals like Tata Nexon EV, MG ZS EV and Hyundai Kona EV once launched. The all-electric iteration of XUV300 will arrive as part of the automaker's committed seven electric SUV fleet under the Born Electric range.

Mahindra and Mahindra recently signed an agreement with British International Investment in an effort to increase investment to manufacture its upcoming electric cars for India. Mahindra will get ₹1,925 crore investment from the British firm to help finance the production of Mahindra Electric's upcoming EVs under the Born Electric brand.

Mahindra will set up a new company dedicated to electric vehicles. The British firm will have a stake in the new EV company with a stake of no more than five percent. Mahindra's new EV company will get a total investment of around ₹8,000 crore between 2024 and 2027.

Mahindra's new electric vehicles are being developed and designed by the Mahindra Advanced Design Europe (MADE) located in the UK, under the leadership of the automaker's chief designer Pratap Bose.