Kia digs in to have a dominant say in electric models that have a multitude of mobility-related applications.
By : HT Auto Desk
| Updated on: 19 May 2022, 08:02 AM 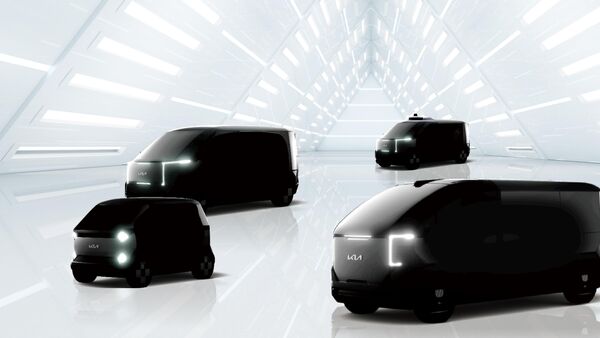 Kia has confirmed previously speculated plans of establishing a new factory in South Korea which would be the epicenter for the production of Purpose-Built electric vehicles (PBVs) in the times to come. PBVs refer to multipurpose vehicles that have a wide range of mobility-based application scenarios and may even be autonomous in drive nature. Kia is looking at playing a dominant role in this space and aims to start production of PBVs from its upcoming Korean facility by 2025.

The Kia PBV plant in Korea will have an initial production capacity of 1 lakh units each year and that this figure would subsequently rise to 1.5 lakh units as the capacity to manufacture as well as demand for such vehicles increase with passing time. The auto giant is also underlining the quality aspect of manufacturing and highlights a state-of-the-art automation processes combined with advanced technologies that reduce carbon emissions during the production processes. The site will also be equipped with clean painting and energy-saving facilities to minimize environmental impacts further.

The new plant, once up and ready, will be part of Kia's larger Plan S strategy. “This dedicated PBV facility is one of the major pillars of our Plan S strategy as Kia seeks to claim the top position in the global PBV market," said Ho Sung Song, President and CEO of Kia Corporation. “We will initially explore new markets with derivative PBV models, then gradually expand our presence in global markets with dedicated PBV models featuring autonomous driving technologies."

Kia has previously outlined how a mid-size model would be its first PBV and that this and all other subsequent models would be based on its ‘eS’ skateboard platform which is exclusively developed for PBVs. The new platform can flexibly accommodate various PBV model sizes in response to diverse customer demands.