Home Auto News Will Tesla Still Be Holding On To Its Bitcoin In 2060?

Will Tesla still be holding on to its Bitcoin in 2060?

Elon Musk has lost sight that Bitcoin mining arrays are powered via grids that don't distinguish between fossil fuels and alternatives.
By :
| Updated on: 13 May 2021, 04:26 PM 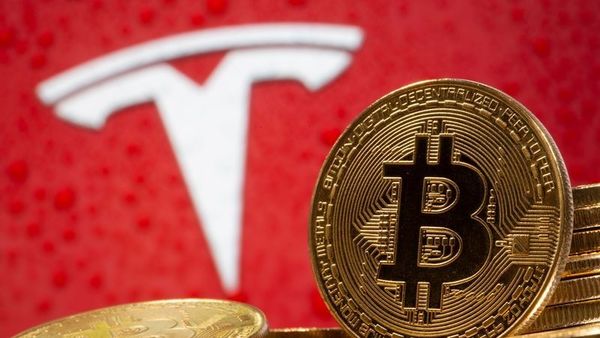 If Tesla is planning to hold on to its Bitcoin until mining transitions to more sustainable energy, it’s not going to be selling until China’s electricity grid is decarbonized somewhere close to 2060.

Just days after promoting Dogecoin on Saturday Night Live and asking his Twitter followers whether he should accept payments in the Shiba Inu-based digital token, the world’s most prominent Bitcoin bull dumped on the digital currency on the same social platform, helping prompt a 15% fall to its lowest price level in three months.

Tesla “has suspended vehicle purchases using Bitcoin" due to the cryptocurrency’s rapidly increasing consumption of fossil fuels, in particular coal, in its electronic mining operations, Musk wrote in a Tweet. The company will not sell its $2.48 billion in holdings, but plans to use them“as soon as mining transitions to more sustainable energy," he wrote.

The company could be in for a long wait. That’s because of something that should be obvious to most people, but is largely missed in the angry debates about crypto’s carbon footprint. Proof-of-work based digital currencies like Bitcoin are neither renewable-powered nor fossil-powered. Like every other major electricity user, they’re buying their power from a grid that has a range of generators attached to it. If Tesla is planning to hold on to its Bitcoin until mining “transitions to more sustainable energy," it’s not going to be selling until China’s electricity grid is decarbonized somewhere close to 2060.

Thanks to the IP address data of computers connected to the major Bitcoin mining pools, we know a fair amount about the location of the world’s crypto mines. So far this year, about 69% of calculations have happened in China, with about half in the coal-heavy region of Xinjiang alone. Inner Mongolia, another coal-fired region, is also prominent, as are hydro-powered Sichuan and Yunnan.

It’s too simplistic, however, to say Bitcoins mined in Sichuan are cleaner, because electricity is fungible. If hydroelectricity generated at the Three Gorges Dam isn’t used to produce crypto proofs, it will power homes or factories or high-speed trains instead, and thus shrink the market for coal power. As a result, digital currency mining isn’t displacing other consumers of electricity — it’s just adding to demand on the grid, forcing operators to connect more generators to prevent blackouts.

That’s important, because one of the biggest sources of incremental carbon emissions in the world today is the huge fleet of new coal-fired power plants under way in China. As of January, there were about 88 gigawatts being built, according to the Global Energy Monitor, a group pushing for coal phase-out. These power stations are unlikely to turn a profit as it is, but their prospects would be even darker if it wasn’t for the additional demand from crypto.

Bitcoin is heading toward making up about 5.4% of China’s electricity demand, according to a study in Nature Communications last month, and will consume as much as 350 terawatt-hours of electricity in 2024. The figure is remarkably close to the 385 TWh that those under-construction coal plants would generate if operating at a locally typical 50% capacity. The entire U.K., by contrast, consumed just 284 TWh in 2020.

There have been problems in the past with Chinese renewable power being curtailed because of a lack of grid capacity. In that circumstance, it’s possible Bitcoin could have used power which would otherwise have gone to waste — but the billions spent building out the high-voltage transmission network mean that curtailment has almost vanished as an issue of late. There’s no shortage now of electricity being transported where it’s needed. Long-distance transmission of electricity has increased by about 44% over the past three years to 613 TWh in 2020 — roughly eight times what Bitcoin rigs consumed worldwide. Within provinces, 1,536 TWh moved along the same power lines.

That leaves Musk, and Tesla, with a problem. Despite his promise to not transact in Bitcoin until its carbon footprint improves, HODLers who Hold On to their crypto for Dear Life are every bit as responsible for the network’s emissions as those who buy and sell on the blockchain. The proof-of-work calculations driving crypto’s power usage aren’t carried out just to register new transactions, but to sustain the entire network and verify the ownership of every Bitcoin ever mined — including Tesla’s own hoard.

State Grid Corp., which runs China’s main electricity network, doesn’t even expect emissions to peak until 2025. If Tesla is going to remain in its current situation until the blockchain runs on lower-carbon power, it’s going to be HODLing decades into the future.