Will Ola Electric turn attention to battery-powered cycles? “Maybe we will”

Ola Electric offers the S1 electric scooter at present and has already confirmed plans of electric motorcycle and even an electric car. But will a battery-powered cycle also come your way?
By : HT Auto Desk
| Updated on: 02 Jan 2022, 10:00 AM 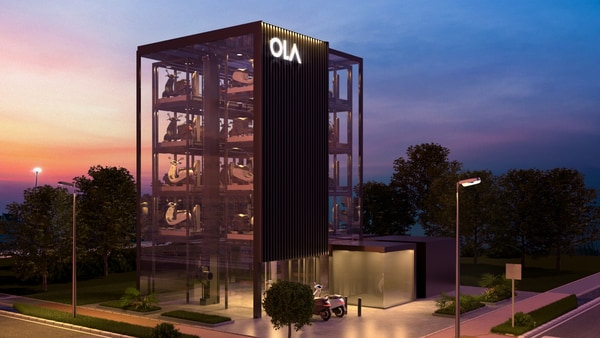 Ola Electric is looking at creating an electric eco-system in the country.

Ola Electric emerged as one of the most touted electric scooter brands in the country in 2021 and with the delivery timelines of the first batch of purchases complete, it is looking at bigger numbers with its S1 electric scooter in the new year. But while all eyes are on the Ola S1 and S1 Pro variants, is there a chance that the company could also offer an electric cycle in the times to come?

Ola CEO Bhavish Aggarwal recently took to Twitter to post an photo of his new cycle. “This new year, decided to rekindle an old passion," he wrote in the caption that accompanied the three photos. Near instantly, it made many wonder if Ola Electric could also venture into offering electric cycles.

This new year, decided to rekindle an old passion! pic.twitter.com/yjjsy8kgQm

For all the buzz around the Ola electric scooter, Aggarwal didn't seem averse to the idea of having Ola electric cycles too. “Hmm maybe we will. Cycling is such a cool lifestyle choice!" he replied to one of the queries.

Hmm maybe we will. Cycling is such a cool lifestyle choice!

While the entire focus at Ola Electric at present is to scale up and deliver on the promised timelines, crucial because the company is following a direct-to-home model, Aggarwal has already confirmed the large plans are to also have electric motorcycles and even an electric car from the Ola stable.

Critics argue that Ola Electric is going too big, too soon. Its massive facility in Tamil Nadu is still under phase-wise construction and a direct-to-home sales and service model has its own sets of challenges. The company has been under some degree of social media fire from people at large who placed orders for their respective Ola e-scooter units but complained of delivery delays. Some have now complained of quality issues.

But Ola Electric continues to put up a brave face and has said delivery timelines are being enhanced constantly.