The timespreads show there’s skepticism the 9.7 million barrels a day of planned production cuts will be enough to steady a market battered by the coronavirus pandemic.
By : Bloomberg
| Updated on: 13 Apr 2020, 12:04 PM 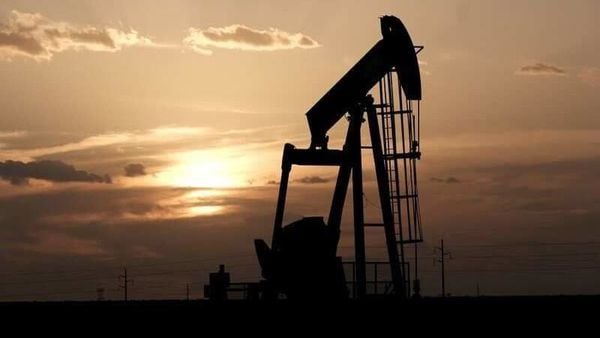 Oil timespreads are showing the opposite of what was expected after a historic deal among global producers to slash output.

Brent crude’s six-month contango deepened Monday following the agreement that will curb production by nearly 10%. A market structure where the spot price of a commodity is lower than later-dated contracts, a contango typically indicates over-supply. Meanwhile, the prompt spread of the global benchmark crude also widened slightly.

The timespreads show there’s skepticism the 9.7 million barrels a day of planned production cuts will be enough to steady a market battered by the coronavirus. Citigroup Inc. said the reductions would do little to stem the price rout, while Goldman Sachs Group Inc. described the deal as “historic yet insufficient."

“The oversupply situation is just so large and the market’s interpretation of the deal is that it’s just not enough," said Andy Lipow, president of Lipow Oil Associates LLC in Houston. “We’re going deeper into contango, and that’s not a good sign."

The impact of the output cuts may take some time to be felt as producers have already committed this month’s shipments to their customers. With consumption forecast to be down anywhere from 20 million to 35 million barrels a day amid virus-induced lockdowns, many analysts including UBS Group AG are of the view that a glut of crude will persist through this quarter.