Ridership on subways has crept up since New York City began reopening on June 8 but remains about 80% less than a year ago, according to data published by Metropolitan Transportation Authority.
By : Bloomberg
| Updated on: 28 Jun 2020, 11:23 AM 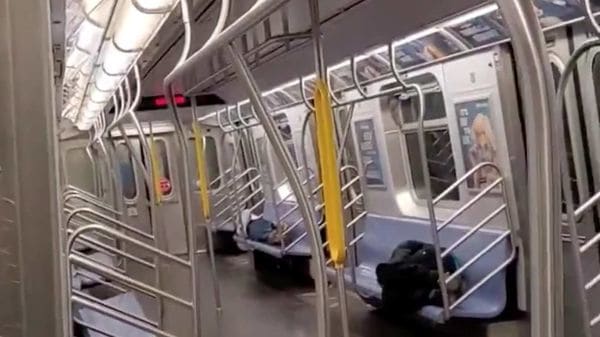 Driving in personal vehicles is returning to usual levels much quicker than the instances of people taking the subway in New York.

New Yorkers are getting back on the subway, driving around a lot more and just beginning to fill up many of the city’s outside dining areas, data showed after the first week of its latest phase of reopening.

Ridership on subways has crept up since New York City began reopening on June 8 but remains about 80% less than a year ago, according to figures published Saturday from the Metropolitan Transportation Authority. Turnstile entrances topped 1 million every day this past week for the first time in three months.

Driving is returning toward normality. Traffic on bridges and tunnels was down only an average of 20% this week compared to same time last year, while vehicular traffic on three of the four East River crossings is approaching normal levels.

At the 5 p.m. rush hour, traffic has been steadily picking up. Congestion is now about 35-45% less than last year’s previous average, according to data from TomTom.

The numbers suggest that New York, formerly the center of the nation’s Covid-19 outbreak with almost 400,000 cases and almost 25,000 dead, is stepping carefully toward recovery. State figures show new cases are rising about 0.2% a day, significantly less than the latest hotspots in Florida, Texas, Arizona and California.

Phase 2 of reopening began this past Monday in New York, allowing restaurants to transform sidewalks and streets into dining areas. OpenTable, the restaurant reservation company, showed dining last week registered modest gains -- numbers are about 20% of what they were a year earlier.

Almost 6,000 of the city’s roughly 25,000 restaurants had reopened with outdoor areas, the city’s transportation department reported.

Meantime, commuting into the city appears to be rising, now that some offices and retail stores are permitted to be open at reduced capacity.

Ridership at 34th Street-Herald Square recorded the biggest increase among top stations, up 46% from the first week of reopening.

Turnstile entries to PATH trains, which travel to New Jersey, rose by 33% compared to the first week of reopening. Penn Station, which serves the Long Island Rail Road and Amtrak, recorded a similar increase.