China's growing middle-class offers scope for growth for both global as well as local car makers.The push towards electric vehicles also makes China a key player in the evolving mobility ecosystem.
By : Bloomberg
| Updated on: 25 Sep 2020, 08:55 AM 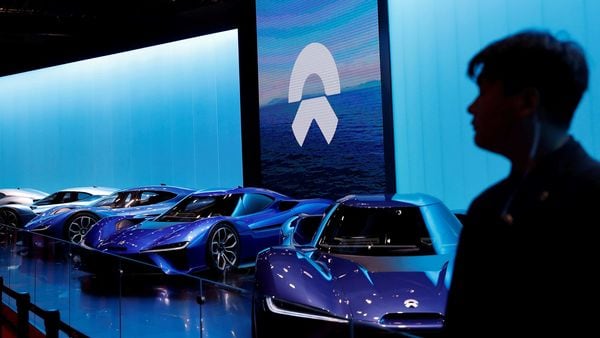 File photo - A man is silhouetted in front of NIO cars at the auto show, in Shanghai.

For two years, falling sales seemed to spell the end for China’s time as the world’s most vital car market. Then came the coronavirus, followed by a swift recovery that’s left Europe and the US in its dust.

Now — more than ever — China is the focus of the hopes of automakers around the globe. Sales of passenger cars in Asia’s largest economy have increased for two months, while the other major markets have continued to shrink, with Europe slumping 18% in August. And China is set to be the first to bounce back to 2019 volume levels, albeit as late as 2022, according to researchers including S&P Global Ratings. All the while maintaining its hefty lead over Europe and the US.

The world’s biggest car market since 2009, China can still grow for the foreseeable future because of its relatively low penetration and expanding middle class. Yet merely being there doesn’t automatically spell success for global giants such as Volkswagen AG, Toyota Motor Corp. and Tesla Inc. — they need to contend with state-supported champions like SAIC Motor Corp., Zhejiang Geely Holding Group Co. and NIO Inc., all increasingly aggressive in defending their home turf while eyeing an expansion beyond it.

“China has not only recovered post-Covid, but it has put up year-over-year growth in recent months," said Bill Russo, founder and CEO of advisory firm Automobility Ltd. in Shanghai. “Foreign carmakers are very dependent on China for profitable growth." 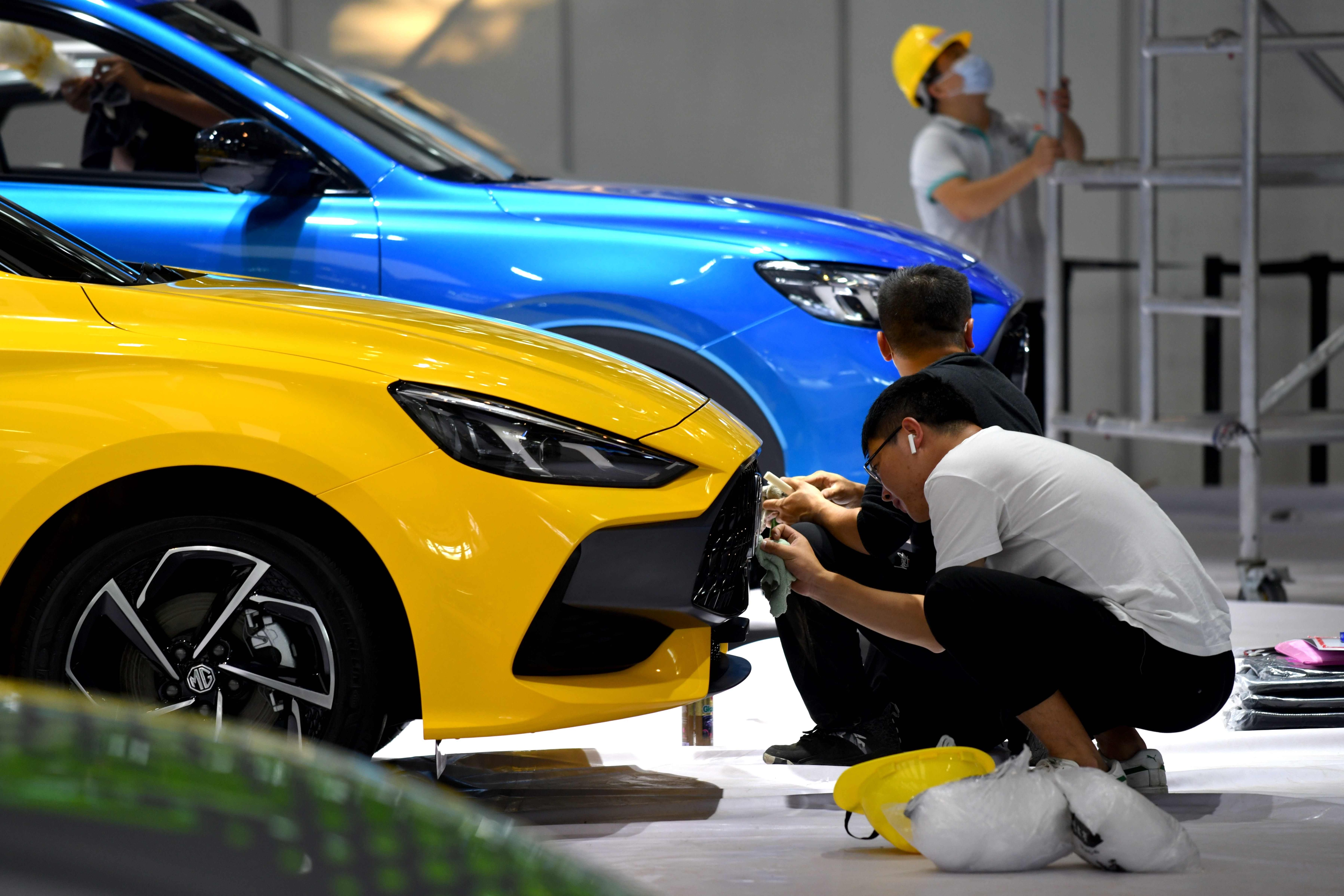 Workers clean a car on the MG stand ahead of the Beijing Auto Show. (AFP)

Underscoring the speed of the recovery, China is hosting the world’s first major post-outbreak auto show starting Saturday. Virtually all global brands from mass-market manufacturers to luxury marques will be competing for attention over the next 10 days with local electric-vehicle upstarts such as Xpeng Inc., which listed in New York last month and is attending the show for the first time.

The 2020 Beijing International Automotive Exhibition takes place at the massive New China International Exhibition Center — a venue that was used for sorting inbound passengers during the outbreak. With restrictions such as quarantine periods for foreign attendees, few global executives will be present. But with Beijing reporting zero new virus cases for about 50 consecutive days, the show is going ahead and the complex will be filled with flashy car models that reflect automakers’ visions for the coming years.

“The fact that China is even having an auto show in 2020 is evidence that the situation here is stable and that the market rebound is likely sustainable," said Russo.

China’s importance is boosted by its focus on nurturing the electric-car ecosystem, a technology shift in which automakers have invested billions of dollars. The government wants new-energy vehicles to account for 15% or more of the market in 2025, and at least half of all sales a decade later.

And carmakers are pouring money into China to prepare for the seismic change. Tesla’s multibillion-dollar factory in Shanghai, its first outside the U.S., began deliveries around the start of 2020, and Elon Musk said this week annual output will reach 1 million units in the coming years.

Volkswagen said in May it will become the biggest shareholder of Guoxuan High-Tech after buying a 26% stake for about 1 billion euros ($1.1 billion) to help secure critical battery supplies as it ramps up EV production. The German manufacturer also agreed to buy 50% of EV partner Anhui Jianghuai Automobile Group Holdings Ltd.

In June, Toyota announced a partnership with five Chinese companies including Beijing Automobile Group Co. and China FAW Corp. to develop fuel cells for commercial vehicles, seeking to push deeper into China and the market for the alternate energy source.

But locals aren’t giving up easily. A petite electric car that sells for less than $5,000 helped SAIC-GM-Wuling last month snatch the title of the best-selling EV maker from Tesla. Shares of local contender NIO Inc. have surged this year after it secured more funding and sales jumped. Li Auto Inc., another Chinese EV maker, raised $1.1 billion in late July, while XPeng had a strong stock-market debut last month.

A thriving Chinese market could encourage the local companies to finally expand in the west after years of planning. SAIC Motor’s MG unit started selling electric SUVs in Europe this year, and rivals including billionaire Li Shufu’s Geely have announced plans to do so. Geely has been the most active Chinese player with equity investments in Europe: it snapped up a 10% stake in Daimler AG in 2018 after buying Volvo Cars in 2010.

“Of course, you have to win at home first," said Russo, who expects Chinese companies to invest in areas such as next-generation batteries, fuel cells, sensors, and technology for autonomous driving. “The need for overseas partners is mainly to access and co-invest in technology needed in China."

Challenges remain: China’s economy is still recuperating, and the quickly developing EV market may be prompting some buyers to put off purchase decisions until more models have come out and proven their reliability. But the odds for China’s car market to thrive are still better than for other regions.

“China is the only safe harbor for automakers where demand for cars has recovered from the pandemic ," said Yale Zhang, founder of AutoForesight, a Shanghai-based consultancy. “It has demonstrated clear growth potential for the coming years."