When wacky makes sense: Why Californians are leaving trunks open for thieves 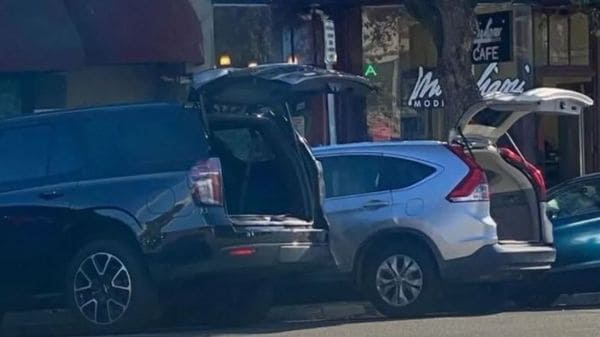 California's Bay Area has seen a rise in instances of smash and grab in recent times with many car owners reportedly falling victim to thieves who break open windows on vehicles to steal whatever they can get their hands on. But even as law enforcement agencies look to bring the situation under control, many locals have taken a unique approach to dissuade anyone with nefarious intentions - leave the trunk door wide open.

Several locals have been quoted by media reports in the US as saying that the idea behind walking away from a vehicle with the boot wide open is to show thieves that there is nothing in the vehicle to steal. They claim that this could at least dissuade thieves from smashing car windows to check, leaving owners with a possibly hefty repair bill.

While there are many who point out that this move could result in the entire vehicle being stolen, the counter argument is to place other deterrents like alarm for illegal entry or remote ignition locks. Many modern-day vehicles also require app permission from the owner's phone to either start or be driven.

But the San Francisco Police Department hasn't warmed up to the idea of leaving trunks open even as personnel from the department claim they are on top of things. Deputy Chief Garret Tom of SFPD advises owners to continue locking and securing their vehicles and to ensure that no vital document or expensive item is left behind.

The problem though is real and requires strong law enforcement. It is reported that thefts from inside vehicles have risen by 32% in 2021 with the biggest jump coming in the months of September and October. Motorists are being urged to report such crimes as soon as these are discovered in order to help law enforcement personnel better identify and patrol affected areas.