Testing of the Skoda Fabia Rally2 is beyond the halfway point and it is slowly entering the phase when its technical specifications will be finalised.
By : HT Auto Desk
| Updated on: 20 Feb 2022, 03:56 PM 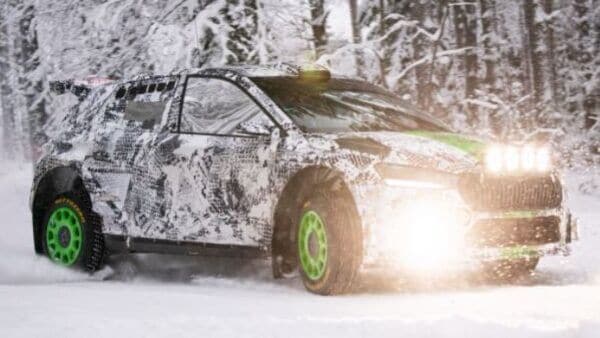 On a typical testing day, the team of engineers starts by setting everything up. The team then tries out the cockpit of the car to do some runs to familiarize themselves with the track. They then set up photocells on the test track for measuring times. From nine in the morning to six in the evening, the team manages about 10 to 15 runs each day with servicing in between to change parts of car setups.

After the last run, the engineers and crew do an analysis of the day while the mechanics do an evening service of the vehicle, checking and adjusting the car for the next day. There are times when the evening services go past midnight.

The car is tested on various types of surfaces such as smooth and bumpy asphalt, high-grid and slippery asphalt, in the dry and in the wet surfaces as well. The vehicle is tested on gravels as well, starting from sandier surfaces and going on to stony gravels. The car has also been tested on both fast and slow tracks, and now it's being tested on snow and ice in Finland.

Testing of the Skoda Fabia Rally2 is beyond the halfway point. The team first ensured that the car is reliable enough and currently it is in the phase where they are comparing various technical solutions and is slowly entering the phase when the technical specifications have been finalised and the team starts working on the setup of the car.