Watch: On US Independence Day, Alaskans celebrate by launching cars off cliff

It may appear like a very odd way of celebrating but there's something about seeing the cars fly that brings out the loudest cheers.These cars are old and meant for scrapyard and have no occupants.Daylight for 24 hours around this time means conventional fireworks just won't cut it.
By : HT Auto Desk
| Updated on: 06 Jul 2020, 09:18 AM 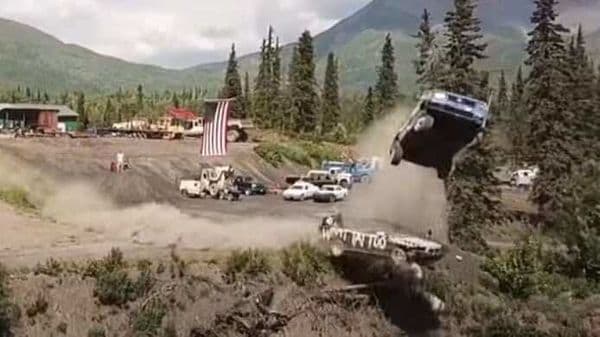 A screenshot from a video posted on Youtube by How to Alaska.

Cheers, fireworks and large gatherings are common sight when a country celebrates its Independence Day. The US is no different and this year's Fourth of July celebrations were no different. Except in Alaska. Here, many local residents had a rather hair-raising way of rejoicing - launching cars full speed off a cliff.

(Also read: Fourth of July is the deadliest holiday for drivers on US roads, claims study)

Launching cars off a cliff in Alaska's Glacierview, in fact, is a tradition and this year was just a continuation of this. A video posted on Youtube by How to Alaska showed how the vehicles - from convertibles to pickups and more hurtled over a cliff and into the scenic scenes below and beyond. With no person inside, these vehicles push forward on what appears to be a propulsion line before going up on a ramp and taking flight. 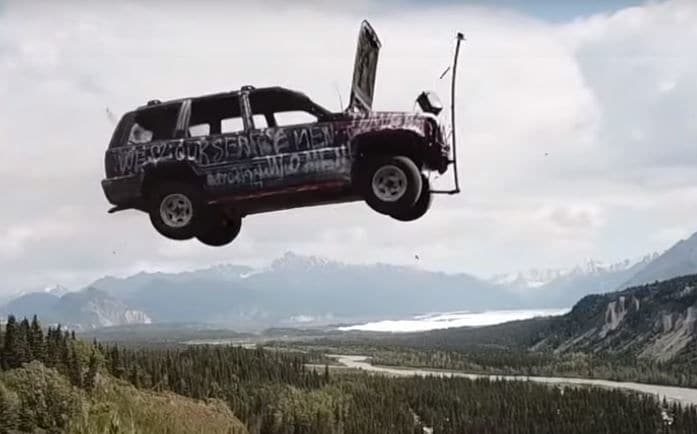 Screenshot from a video posted on Youtube by How to Alaska.

It may appear as a colossal waste but these vehicles are all old and meant for destruction in scrapyards in any case. And because no one is inside the vehicles, there is no threat to life either.

Catapulting these cars into the wilderness is a celebration which has taken off, literally and metaphorically, in Alaska. This could also be because there's 24 hours of daylight here around this time of the year and fireworks, therefore, won't look as spectacular as in other places. No fireworks? No problem. Just hurl a car into the skies.