War of words between Carlos Ghosn and Nissan descends into acrimony

On Wednesday, Carlos Ghosn spoke publicly for the first time since his dramatic escape from Japanese justice.The former Nissan boss claimed that he had been treated "brutally" by Tokyo prosecutors.Ghosn also claimed to be the victim of an inside job to oust him from the helm of automaker Nissan.
By : Bloomberg
| Updated on: 09 Jan 2020, 10:20 AM 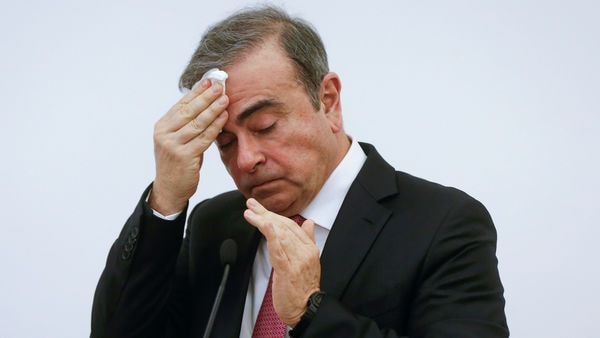 Nissan Motor Co.’s executives mostly derided attacks by Carlos Ghosn, who lashed out at the automaker he used to lead in a closely watched news conference in Lebanon following his stunning escape from trial in Japan.

“I don’t have time to be dealing with a one-man-show by someone who broke the law and escaped justice," said Nissan independent director Masakazu Toyoda, one of the people singled out in a lengthy tirade by the company’s former chairman and chief executive officer.

Ghosn struck out at Japanese prosecutors and Nissan’s top managers in a two-and-a-half hour news conference in Beirut Wednesday, the first since his arrest in November 2018 on suspicion of financial crimes, and a Hollywood-worthy journey to freedom by train, concealment in a black box and flight to the Middle East via private jet. He mostly blamed the likeliest suspects, including successor-turned-accuser Hiroto Saikawa, who himself had to step down as Nissan’s CEO following a scandal over compensation in September.

“If that’s all he was going to say, he could have just said it in Japan," Saikawa told reporters outside his home in Tokyo, the morning after Ghosn’s news conference. “The real reason he ran away is because he was afraid of being found guilty."

Saikawa was instrumental in Ghosn’s arrest and attacked him in a news conference on the day the auto executive was arrested, barely containing his anger over accusations that Ghosn had sought to pay himself more than what was publicly disclosed, and using Nissan’s money for his personal gain.

Ghosn returned the favor, singling out Saikawa for attack. Ghosn said when Saikawa became CEO, he told him “you take care of it, now it’s your turn," leaving him $20 billion in cash. Ghosn said Nissan started to decline in 2017, the year Saikawa took over, and implied that Saikawa needed to find an excuse for underperformance and therefore orchestrated his predecessor’s downfall.

Saikawa in turn said, “I feel, very strongly, that I was betrayed by a former boss I used to trust."

Nissan’s shares are down about 37% since Ghosn’s arrest, and the automaker has reported decade-low profits with plans to cut 12,500 job cuts. Auto sales are slowing across the globe and new technologies from self-driving cars to electrification are disrupting the industry. The stock rose 1.8% as of midday in Tokyo Thursday.

In addition to Toyoda and Saikawa, Ghosn also identified Hitoshi Kawaguchi, another Nissan executive in charge of government liaisons, as being part of the plot against him.

“Saikawa, Kawaguchi — the names that came out were mostly expected,“ said Koji Endo, analyst at SBI Securities Co., said of Ghosn’s remarks. “The protestations of innocence and criticism of the criminal justice systems were also predictable."

Saikawa had struggled to mend the ties that were frayed between Nissan and Renault SA, its top shareholder and partner in a car-making alliance that also includes Mitsubishi Motors Corp. Saikawa stepped down as CEO in September after an internal investigation by Nissan found he had been overpaid by 96.5 million yen ($883,700) via stock appreciation rights, or 47 million yen after tax.

Nissan issued a statement ahead of Ghosn’s news conference, saying the former leader was removed after a “robust, thorough" internal investigation and said it will continue to take appropriate legal action.

The deterioration of relations between Renault and Nissan after Ghosn’s arrest has taken its toll on their stock performance. The French carmaker is trading near a seven-year low, while the Japanese manufacturer is at levels not seen in almost a decade. An industry-wide sales slump and Renault’s failure to merge with Fiat Chrysler Automobiles NV have also weighed on the stocks.