VW CEO promotes cycling, says cars will only have a future in inner city areas

Volkswagen CEO Herbert Diess also promoted allowing workers at Volkswagen's headquarters Wolfsburg to ride around the factory premises or to get to work using bicycle.Volkswagen brand plans to stop selling combustion engine vehicles in Europe between 2033 and 2035.
By : HT Auto Desk
| Updated on: 06 Oct 2021, 05:53 PM 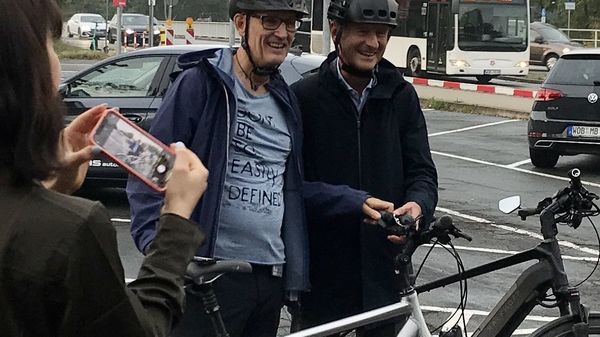 Volkswagen CEO Herbert Diess took to Twitter and LinkedIn to promote the benefits of cycling. He said that cars including the emission free ones will only have a future in the inner city areas or overcrowded urban centres if cycling becomes a key part of mobility and people's choice to move around.

In his LinkedIn post, Diess wrote, “Cycling is fun, healthy and good for the environment. In overcrowded urban centers, the car - including the emission-free e-car - will only be accepted in the future if the bike has enough space in the mobility mix."

His LinkedIn post also promoted allowing workers at Volkswagen's headquarters Wolfsburg to ride around the factory premises or to get to work using bicycle. He added that Wolfsburg has an “excellent network of cycle paths around the plant and to the factory gates and parking lots." Diess' post mentioned that various factory workers of the brand would like to come to work using their bicycle instead of car. “Many more if you can cycle directly to the factory to your workplace," he wrote.

However, his promotion of cycling received mixed reactions on social media. One person took a jibe at the CEO of Volkswagen, saying, “Do you want to sell cars or bikes?" Some other comments praised his vision and his support for the environment.

Diess' comments are in line with his plea for a new German government to include climate reforms in its program, after the carmaker earlier this year outlined the industry’s most ambitious goals on electrification.

Volkswagen brand plans to stop selling combustion engine vehicles in Europe between 2033 and 2035, followed by the US and China at a later stage. Volkswagen Group's luxury brand Audi also intends to phase out the fossil fuel vehicles from key markets in the next decade.