Rimac acquiring Bugatti could be a perfect marriage between the world of EV and ICE hypercars.Porsche is mulling to increase its stake in Rimac up to 49% from current 15.5%.
By : HT Auto Desk
| Updated on: 22 Feb 2021, 06:30 PM 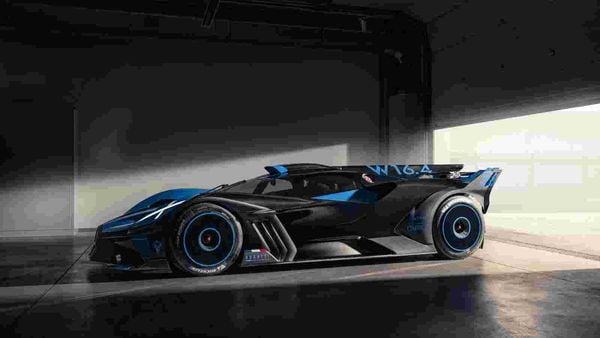 Bugatti Bolide gets hollow, thin-walled functional components made of an aerospace titanium alloy.

Volkswagen Group is planning to sell its supercar brand Bugatti. While any specific details of the deal are yet to emerge, Molsheim-based electric hypercar manufacturer, Rimac is among its potential buyer lineup.

In exchange, Volkswagen’s AG-owned high-performance car brand Porsche is planning to increase its stake in the Croatian hypercar manufacturer Rimac from its current 15.5% share. While the details are not divulged yet, Porsche might increase the share to 49%.

Oliver Blume, Porsche CEO and member of the management board of its parent group Volkswagen AG, said in an interview with German publication Automobilwoche that a decision regarding Bugatti's fate will be taken soon. "I believe that the issue will be decided by the group in the first half of the year," Blume said.

Oliver Blume also said that Rimac could play a role in this deal because the brands are a good technological fit. However, he also mentioned that VAG is currently analyzing various scenarios with a different structure. "At the moment there are intense deliberations on how Bugatti can be developed in the best possible way," he further added.

Rimac acquiring Bugatti could be a perfect match in the world of hypercars considering that the Croatian car brand is known for its electric vehicle technological prowess and Bugatti is known for making exclusive internal combustion engine-powered supercars. These two car brands will be able to explore both the EV and ICE models. If the deal concludes successfully, Bugatti will be able to explore the electrification technologies with help of Rimac, which will help it to secure its future.

The selling of Bugatti and increasing Porsche’s stake in Rimac is part of Volkswagen AG’s strategy to streamline its overall operations and channelizing the money to the electric vehicle business that is about to see a rise in this decade. Volkswagen aims to be a major player in the world of electric vehicles.