Crude oil has lost around a quarter of its value this week due to deteriorating demand as the coronavirus pandemic coincides with a price war between Saudi Arabia and Russia.
By : Bloomberg
| Updated on: 13 Mar 2020, 14:22 PM 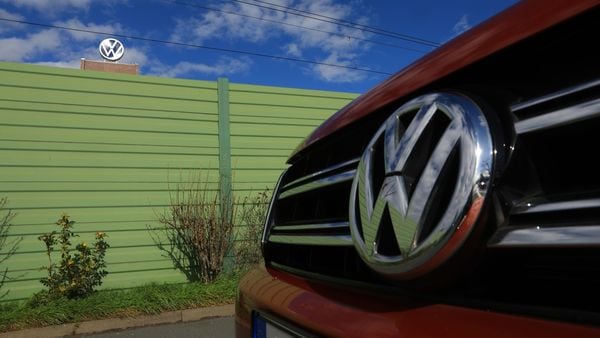 Volkswagen AG’s unprecedented push into electric vehicles will go ahead as planned even as an eroded oil price may make driving combustion-engine cars cheaper again. VW will start developing its last mass-market technology for combustion-engine cars in 2026 as it expects sales of new gas-powered vehicles to begin fading out around 2040, strategy chief Michael Jost told reporters in Berlin on Thursday. The current oil price development is “one of those dips that last a month, or some months or maybe a year," but in the longer run oil “won’t get cheaper," Jost said. “We have a clear commitment to become CO2 neutral by 2050 and there is no alternative to our electric car strategy to achieve this. "The world’s largest automaker has embarked on the industry’s most aggressive initiative to roll out battery-powered vehicles with 30 billion euros ($37 billion) in earmarked investments over five years. The German manufacturer is currently introducing the new ID.3 hatchback and will add a compact SUV sibling later this year that will be sold in Europe, China and the U.S.

Jost said VW’s electric car push covers all major markets, but acknowledged adoption of battery-powered cars in the U.S. might take longer than in Europe and China due to current environmental policies.

Purely battery-powered cars “are the core of our strategy", Jost said. The e-cars will be flanked by a smaller number of plug-in hybrids. The production and storage of energy from renewable sources will emerge as critical technology going forward to fight output of carbon dioxide, he said. Hydrogen won’t play a major role in cars anytime soon, but has potential for commercial vehicles, according to Jost.

Crude has lost around a quarter of its value this week as the deteriorating demand outlook due to the pandemic coincides with a price war between Saudi Arabia and Russia. The battle for oil market share intensified Wednesday after Saudi Aramco announced plans to boost oil production capacity to 13 million barrels a day and Abu Dhabi National Oil Co. vowed to pump as much as possible next month.