Though the profit margin has gone down for the world’s second biggest carmaker in 2020, Volkswagen Group sold 9.2 million vehicles worldwide last year.
By : HT Auto Desk
| Updated on: 27 Feb 2021, 08:51 AM 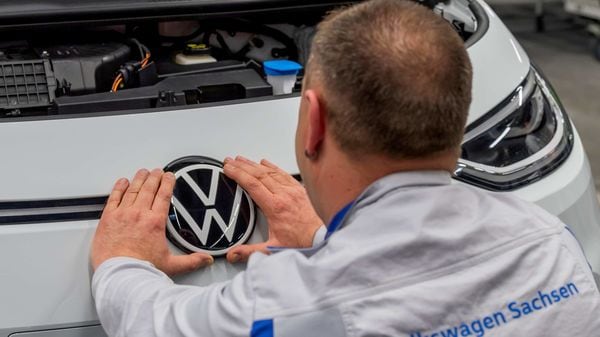 2020, or what would be known as the Covid year for most, had been a forgettable year for a lot of carmakers. From job cuts, fewer sales, less production and of course less money. But Volkswagen, one of the biggest carmakers in the world, weathered the pandemic better than the most. It has reported a profit of 8.8 billion euros ($10.7 billion) after paying all its taxes.

Volkswagen is currently the second biggest carmaker in the world. The Volkswagen Group also include luxury carmakers like Audi and Porsche. The group's expansion in China seems to have paid off and contributed substantially to their profit. China is the biggest market for this European auto giant where the sale of its luxury cars helped it on its way to significant rise in income.

Frank Witter, member of the Group Board of Management responsible for Finance and IT, said, “Covid-19 is posing unprecedented challenges for us all. Last year, the Volkswagen Group succeeded in containing the effects of the pandemic on its business and laying important strategic foundations for its transformation at the same time. The financial results now available are far better than originally expected and show what our company is capable of achieving, especially in a crisis. We intend to carry over the strong momentum from the significantly better second half into the current year, and the programs for reducing our fixed costs and in procurement will make us more robust in the long term. We are thus more optimistic and are striving to hit the higher end of the range targeted for the Group’s operating return on sales."

Though the profit margin has gone down for the world’s second biggest carmaker in 2020, Volkswagen Group sold 9.2 million vehicles worldwide last year. It was down by more than 15 per cent compared to 2019, but Volkswagen managed to increase its share in the global passenger car market marginally. It also kept pushing for its aim to go electric by delivering 422,000 electric vehicles in 2020.

Volkswagen's financial results shows an uneven impact of the Covid-19 pandemic. The carmaker, along with its German rivals like BMW and Daimler, recorded profit where most other businesses had been severely impacted due to the crisis.