The proposed rules will allow retention of old number for already-registered vintage cars and a unique VA series numbers for fresh registrations.
By : HT Auto Desk
| Updated on: 17 Jul 2021, 10:46 AM 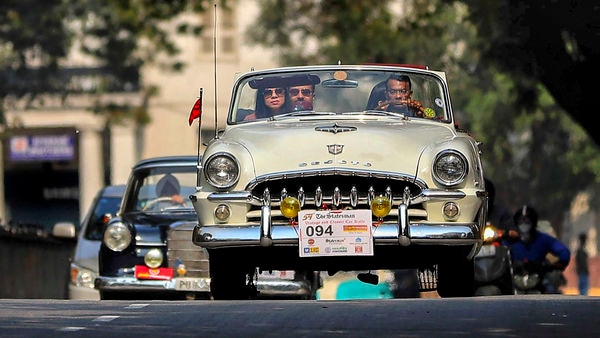 Participants ride in their vintage car during the Statesman Vintage and Classic Car Rally at Connaught Place, in New Delhi, on February 23, 2020. (File Photo)

Registering old, vintage cars will now become easier as the Centre has formalised the process. Union Minister Nitin Gadkari has confirmed that the Ministry of Road Transport and Highways has proposed a formal registration process for such vehicles.

According to the proposed rules, a vintage car owner will be able to retain the old number of the vehicle if it is registered already, or will be offered a new and unique VA series number if one decides to register a vintage car afresh after the new rule kicks in.

The format for the registration mark will be 'XX VA YY ****', where VA stands for vintage, XX will be the state code, YY will be a two-letter series and '****' is a number from 0001 to 9999 allotted by state registering authority.

The draft rules define vintage motor vehicles as all those vehicles that are two-wheelers and four-wheelers and more than 50 years old from the date of their first registration. This include vehicles imported from other countries as well.

The rule comes with a rider though. It says that no substantial overhaul of the vehicle, including any modification in chassis or body shell or engine will be considered for registration.

The decision to formalise the process comes eight months after the Centre had announced its intention to bring in changes in the process that will help vintage car owners to easily register their vehicles. Previously there was no rule to regulate the process. The Centre said its aim is to preserve the heritage of such cars by legalising its presence on roads.

Nitin Gadkari said, "With an aim to preserve and promote the heritage of vintage vehicles, the MoRTH has formalised the registration process of vintage motor vehicles in India."

The Centre has also invited suggestions for the proposed rules on registering vintage vehicles from public. In a statement, Gadkari's ministry had said, "The Ministry of Road Transport and Highways has published GSR 734 (E) dated November 25, 2020, seeking comments and suggestions in regards to amendment to Central Motor Vehicles Rules (CMVR), 1989, relating to vintage motor vehicles."

Currently, vintage cars are allowed on roads only for display or rallies. They are also allowed to be taken out for refuelling and maintenance.