Automakers had protested the hike adopted in 2016 by the Obama administration, saying it could increase industry compliance costs by $1 billion annually.
By : Reuters
| Updated on: 01 Sep 2020, 10:29 AM 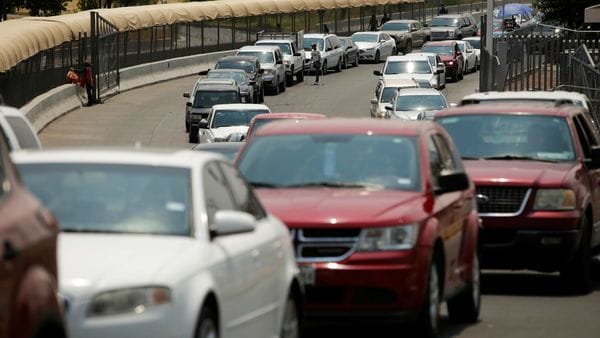 A US appeals court on Monday overturned the Trump administration's July 2019 rule that sought to suspend a regulation that more than doubled penalties for automakers failing to meet fuel efficiency requirements.

Automakers had protested the hike adopted in 2016 by the Obama administration, saying it could increase industry compliance costs by $1 billion annually. The US Court of Appeals for the Second Circuit in a 3-0 decision on Monday said the National Highway Traffic Safety Administration (NHTSA) did not make a timely decision to reconsider the penalties.

Congress in 2015 ordered federal agencies to adjust a wide range of civil penalties to account for inflation. In response, NHTSA issued rules to eventually raise fines to $14 from $5.50 for every 0.1 mile per gallon of fuel that new cars and trucks consume in excess of the required standards.

A group of states and environmental groups challenged the Trump administration decision.

Automakers argued the increases would dramatically raise costs, since they would also boost the value of fuel economy credits used to meet requirements.

Some automakers historically have paid fines instead of meeting fuel efficiency requirements - including some luxury automakers like Jaguar Land Rover and Daimler AG.

In October, Fiat Chrysler Automobiles said it faced a $79 million US civil penalty for failing to meet 2017 fuel economy requirements after paying a $77.3 million penalty for 2016 requirements.

Environmental groups urged the administration to retain the increase, noting US fuel economy fines have lost nearly 75% of their original value because fines had only been increased once - from $5 to $5.50 in 1997 - over 40 years.

Separately, a group of 23 states challenged the administration's decision in March to require 1.5% annual increases in vehicle efficiency through 2026 - far weaker than the 5% increases adopted under Obama.