Uber vows to appeal after losing license in London over safety

Uber called the decision “extraordinary and wrong,” and has 21 days to file an appeal, which it said it would do. It can continue operating while the appeals process is under way.
By : AP
| Updated on: 25 Nov 2019, 19:11 PM 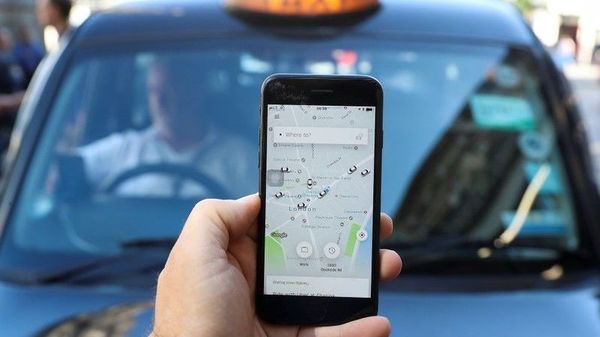 London’s transit authority on Monday refused to renew Uber’s license to operate, with the ride-hailing company vowing to appeal the decision as it struggles to secure its future in the British capital.

It’s the latest chapter in Uber’s rocky history with London transport officials, who have subjected the San Francisco-based tech company to ever tighter scrutiny over concerns about passenger safety and security.

Uber called the decision “extraordinary and wrong," and has 21 days to file an appeal, which it said it would do. It can continue operating while the appeals process is under way.

Transport for London cited “several breaches that placed passengers and their safety at risk" in its decision not to extend Uber’s license, which expires at midnight Monday. Among other things, unauthorized drivers carried out thousands of rides, the regulator said.

“While we recognize Uber has made improvements, it is unacceptable that Uber has allowed passengers to get into minicabs with drivers who are potentially unlicensed and uninsured," said Helen Chapman, director of licensing and regulation at Transport for London, known as TFL.

“We cannot be confident that similar issues won’t happen again in future."

The company fired back, pointing out that TFL had found it fit and proper in September, when it was given a two-month license renewal.

“We understand we’re held to a high bar, as we should be. But this TfL decision is just wrong" CEO Dara Khosrowshahi tweeted. “Over the last 2 years we have fundamentally changed how we operate in London."

The denial in a lucrative European market is a big setback for Uber as it struggles to turn a profit. The company posted a $1.16 billion loss in the latest quarter and Khosrowshahi forecast this month it wouldn’t make a profit until 2021. Shares fell almost 6% in premarket trading in New York.

TFL had already been keeping Uber on a tight leash following concerns about aggressive corporate tactics and passenger safety. It had revoked Uber’s license once before, in 2017, but a court later granted it a license lasting 15 months, which TFL then extended for two more months in September, while also imposing a set of 20 stricter conditions.

In the latest decision, the transit authority said it was concerned that Uber’s systems “seem to have been comparatively easily manipulated" by drivers.

One key issue was a change to Uber’s systems allowing unauthorized drivers to upload their photos to other driver accounts.

This let them pick up passengers as though they were the booked Uber driver on at least 14,000 trips, which means all those journeys were uninsured, TFL said.

The change also resulted in some passengers traveling with unlicensed drivers, including one whose license was previously revoked by TFL.

TFL faulted Uber for another “failure" that allowed dismissed or suspended drivers to create a new account and carry passengers. And it cited other “serious breaches" involving unspecified insurance-related issues.

Uber said it has audited every London driver over the past two months and will soon launch a new “facial matching process" as part of its systems and checks to confirm identities.

London authorities have concluded that a license revocation is the only way to get Uber to play by the rules, said John Colley, associate dean of Warwick Business School.

Uber has expanded quickly around the world by providing an alternative to traditional taxis with a smartphone app linking people to drivers of private cars. But it has also faced safety issues and faced accusations that some of its drivers have assaulted and raped passengers, as well as litigation alleging that its hiring process and background checks are inadequate.