Workers at Tesla headquarters were given an option to work from home but thousands of plant workers continued to work.
By : IANS
| Updated on: 27 Mar 2020, 02:01 PM 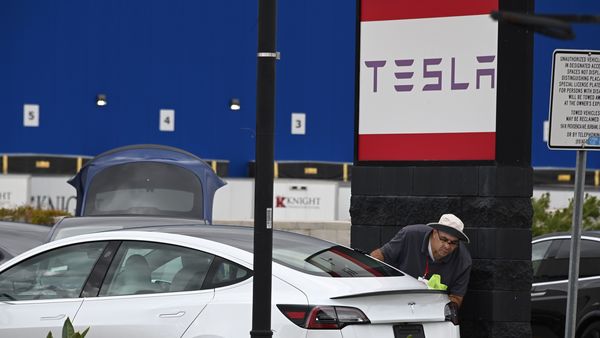 While Elon Musk kept insisting to keep his Tesla factories open despite the new coronavirus spreading in the US, reports now emerge that two Tesla employees have been tested positive for Covid-19 disease.

Tesla told employees in an internal memo that two office staffers have been tested positive for Covid-19 who are now working from home, reports Forbes.

The two unidentified people "had been working from home for nearly two weeks" and "were not symptomatic in the office, and both are quarantined at home and recovering well," read the memo.

"Their direct coworkers, who were already working from home for nearly two weeks as well, were immediately notified so they can quarantine and watch for symptoms," it added.

Musk kept the production going despite local authorities asking the electric car-maker "that it wasn't an essential business and needed to comply with stay-at-home rules that currently cover California".

Workers at Tesla headquarters were given an option to work from home but thousands of plant workers continued to work.

Musk downplayed Covid-19 severity several times on Twitter, calling it the panic as "dumb," suggesting "kids are essentially immune" and promoting anti-malaria drug chloroquine as a treatment without supporting evidence.

Musk, however, said that his Gigafactory facility in New York will reopen to begin producing ventilators that are in short supply in the US.

Musk has also donated 50,000 N95 surgical masks and various protective items to a hospital in the US.