Tuesday downpour once again throws Delhi traffic out of gear 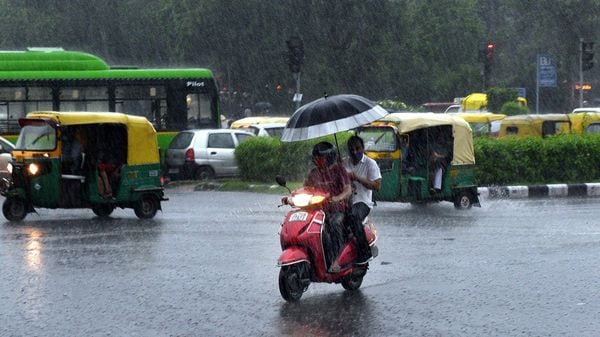 Commuters seen near Delhi Gate on a rain-drenched Tuesday evening.

Heavy showers early Tuesday evening caused chaos on Delhi roads yet again as many key stretches of main roads went completely under water. Traffic, quite on expected lines, came to an absolute crawl as personnel from Delhi Traffic Police yet again attempted to brave the weather and clear road congestion.

Several areas of south Delhi including the road in front of Kamla Nehru college leading to erstwhile BRT corridor, stretch in front of IIT, Lajpat Nagar, Moolchand, Defence Colony, RK Puram, at ITO - among others - reported slow-moving traffic, primarily due to waterlogging. Knee-deep water were reported from many places, blasting claims of PWD of having carried out de-silting work.

In past few days, Delhi has received heavy rainfall and while it has helped bring the mercury down several notches, it has caused enormous woes for those out and about in the city and adjoining areas. Incidents of trees falling down have further hit smooth operations on roads in the national capital.