A Toyota self-driving e-Palette vehicle had last week collided with and injured a visually impaired pedestrian at the Olympic village.Toyota says it is cooperating with a local police investigation to determine the exact cause of the accident.
By : HT Auto Desk
| Updated on: 30 Aug 2021, 05:54 PM 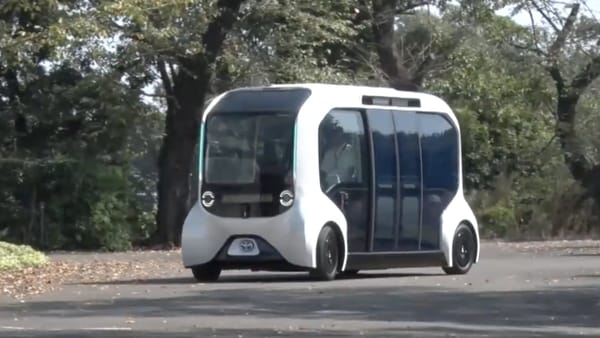 The electric automated Toyota e-Palette vehicles have a range of around 150 kms on single charge and can run at a speed of 19 kmph.

Toyota Motor has announced that it will resume operations of all its self-driving e-Palette pods at the Tokyo Paralympic Games village with more safety staff and better operator control. The company has said that future precautions and its continued coordination with the organising committee will help ensure that its self-driving vehicles do not hit or injure any more people.

This comes after a self-driving Toyota e-Palette vehicle collided with and injured a visually impaired pedestrian, post which the automaker, on Friday, had to suspend the operations of such vehicles at the Olympic village.

The athlete, who was hit at the speed of around one or two kilometres an hour by the pod, had fallen unconscious and was taken to the athlete village medical centre for treatment. Toyota said that it is cooperating with a local police investigation to determine the exact cause of the accident, and that it would also conduct its own investigation.

The incident also prompted the company's CEO Akio Toyoda's apology via a YouTube video.  Apart from apologizing to the pedestrian involved in the accident, Toyoda also mentioned in the video that he had offered to meet the person but was unable to do so. “A vehicle is stronger than a person, so I was obviously worried about how they were," he said.

Toyoda also highlighted the fact that the incident showed how autonomous vehicles are not yet realistic for normal roads. There still are challenges that such vehicles need to overcome to operated in special circumstances such as that of the Olympic village during the Paralympics where people are visually impaired or have other disabilities.

2020 Toyota e-Palette is a fully autonomous battery-electric vehicle that was especially developed for use during the Tokyo Olympic and Paralympic Games. The vehicle features large doors and electric ramps so that groups of athletes can enter and exit conveniently.