There has not been any production at the Toyota Kirloskar Motor plant on Tuesday and Wednesday due to the lock-out and the operations would resume once the situation returns to normal.
By :
| Updated on: 12 Nov 2020, 09:30 AM 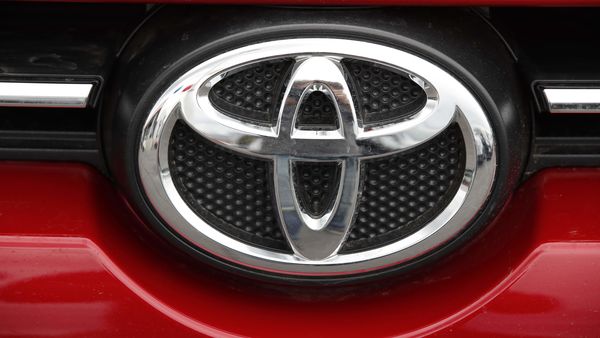 File photo: Toyota will try and meet customer demand from the vehicles it has in stock at its factory and with its dealers, as per a spokesperson.

Toyota Motor Corp has been forced to halt production at its car plant in southern India after members of a workers' union went on a sit-in strike within the premises, the automaker said on Wednesday.

"Due to the current volatile atmosphere and to protect the safety of employees, Toyota Kirloskar Motor is forced to declare a lock-out until further notice," a spokesperson for the automaker's India unit said in a statement.

There has not been any production at the Toyota Kirloskar Motor plant on Tuesday and Wednesday due to the lock-out, the spokesperson added, saying that operations would resume once the situation returns to normal.

The disruption comes at a time when, after several months of slumping sales, vehicle deliveries to dealers are picking up in anticipation of strong demand during the festive period in November.

Wholesale dispatches of passenger cars rose 14% in October from a year ago, industry data showed, as Indians typically make large purchases in the run up to major festivals like Diwali later this week.

Toyota's sales to dealers were 4% higher in October from a year ago and jumped 52% compared with September as supply chain disruptions eased and consumer demand returned.

Toyota will try and meet customer demand from the vehicles it has in stock at its factory and with its dealers, the spokesperson said.

The union went on strike earlier this week after their demand to withdraw the suspension of one of the workers was not met.

The employee was involved in a "breach of discipline and unacceptable behaviour which is in violation of law and service policy of the company," the spokesperson said, adding that the person has been suspended pending an enquiry.

"The union resorted to an illegal strike, including team members unlawfully staying in the company premises," the spokesperson said, adding the company is in talks with relevant stakeholders to resolve the issue.