Home Auto News Tianqi Lithium Controlling Shareholder To Get Up To $2.5 Billion Investment

Tianqi Lithium controlling shareholder to get up to $2.5 billion investment 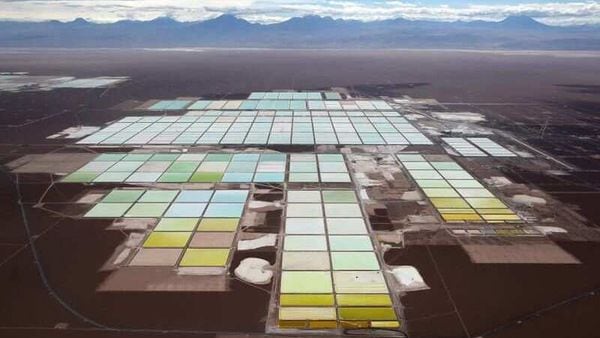 An aerial view shows the brine pools and processing areas of the Soquimich (SQM) lithium mine on the Atacama salt flat in the Atacama desert of northern Chile,

Tianqi Lithium on Friday said an unnamed entity would invest up to 16 billion yuan ($2.5 billion) in its controlling shareholder as the Chinese company continues to look for ways to pay down debt.

Tianqi, one of the world's biggest producers of lithium chemicals used in electric vehicle batteries, was handed a debt lifeline in December when it secured a $1.9 billion investment in its Australian operations from IGO Ltd.

It then extended the maturity of $3 billion of loans but is seeking additional funding.

In a filing to the Shenzhen Stock Exchange, Tianqi said it had on Dec. 22 signed a "non-binding and non-exclusive memorandum" on a potential equity transfer with a party that plans to invest 10-16 billion yuan in Chengdu Tianqi Industry Group, Tianqi's controlling shareholder, which has a 30% stake.

That followed the earlier signing of confidentiality agreements with this entity and UBS Securities, which Tianqi hired to attract capital, the filing showed.

The investor has investment experience or strength in the lithium industry and plans to set up a private equity fund to make the investment, Tianqi said.

Friday's filing was a response to the Shenzhen exchange's call for an explanation as to why Tianqi had announced a 15.9 billion yuan private share placement to its controlling shareholder on Jan. 15, only to cancel it two days later.

The plan prompted speculation Tianqi was about to bring in a strategic investor.

It is "nigh impossible" Tianqi chairman Jiang Weiping could afford such an investment alone, Daiwa Capital Markets analysts said in Jan. 18 note, adding strategic investment in the controlling shareholder was more likely.

On Friday, the Daiwa analysts said in an email investment from a private equity fund, instead of a state-owned enterprise, "seems better" from an investor sentiment perspective, although they noted the fund might collaborate with state-owned investment platforms and insurance institutions.

Tianqi shares closed down 10% on Friday but gained more than 50% in January overall, hitting a record high on Jan. 25 as investors welcomed its financial recovery plan and rising lithium prices.

The Shenzhen filing did not say when Tianqi plans to relaunch the placement.