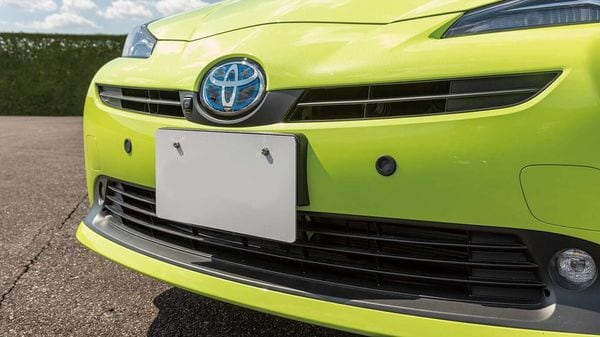 Toyota believes it can further reduce the number of serious accidents caused by pedal misapplication.

Toyota Motor Corporation has announced that it has developed a new Acceleration Suppression System, in addition to its existing system, to help further deter serious accidents and reduce damage caused by misapplication of the accelerator pedal.

On July 1, Toyota launched this system as "Plus Support" for new cars and added the function in the "Pedal Misapplication Acceleration Control System II" retrofit device for use with existing cars.

These existing systems help prevent accidents caused by accelerator pedal misapplication when sensors detect obstacles such as a wall or glass. According to data confirmed by Toyota, ICS helps prevent roughly 70 percent of all potential accidents that could occur due to accelerator pedal misapplication. However, new technologies needed to be developed to reduce the remaining number of accidents, including accidents in situations where obstacles are absent.

The Plus Support system is being included in Prius and Prius PHV models launched on July 1, and will gradually be rolled out to other models.

Plus Support starts automatically when the vehicle doors are unlocked using a Plus Support Smart Key (dealer option, starting from 13,200 yen, tax included) for customers with concerns about driving. Even if obstacles are absent from the vehicle's course, this system detects accelerator pedal misapplication and suppresses acceleration.

In addition to ICS, which detects obstacles, suppresses acceleration, and applies brakes, Plus Support aims to further deter serious accidents and help reduce damage caused by misapplication of the accelerator pedal.

When the vehicle's doors are unlocked using a conventional key, Plus Support is not activated, and driving can be performed as usual.

Toyota has improved the function while revising the system configuration, resulting in a product that costs 17,600 yen less than the existing product.

This system conforms to the performance certification system developed by the Ministry of Land, Infrastructure, Transport and Tourism in April 2020 for retrofit pedal misapplication acceleration suppression systems.

By combining its existing ICS and retrofit device functions with the Acceleration Suppression function, Toyota believes it can further reduce the number of serious accidents caused by pedal misapplication in parking lots and other areas. This will enable customers, especially those worried about possible pedal misapplication accidents, to enjoy greater safety and security.

Toyota is not developing and selling these functions for Toyota vehicles alone, but has extensively shared the operational logic of the Acceleration Suppression function with other Japanese auto makers.