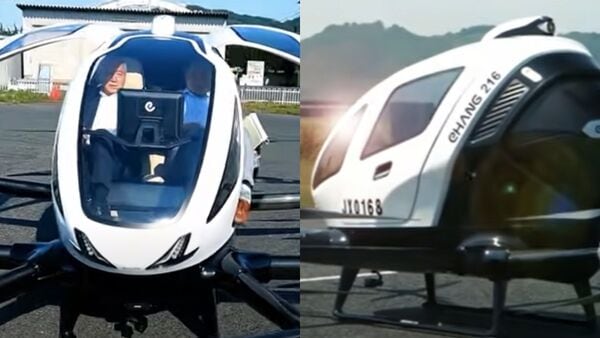 A test flight of a flying car was conducted by MASC at the Notsuharu Tenku Hiroba park in Oita City in Japan with an aim of commercializing the vehicle. MASC is an association based in Kurashiki, Okayama Prefecture, that aims to commercialize the vehicle. MASC is aiming to operate a manned flight of the flying car at Expo 2025 Osaka, Kansai, and so far, it has conducted test flights in Okayama and other prefectures.

Oita City, which is engaged in a research project to study the feasibility of introducing the flying vehicle in its mobility space, approached MASC, and that is when the project was realized on July 13. The flying vehicle is approximately 5.6 meters long and 1.7 meters high and it flies by electrically spinning 16 propellers.

In a separate development, as the world moves towards turning flying vehicles from dreams into reality, the first-ever airport for these marvels has already opened in the UK. Reports suggest that UK-based Urban-Air Port Ltd (UAP) has put the finishing touches to an airport for flying cars. Called Air One, the facility is believed to have been completed in just 15 months. Located in Coventry, around 155 kms from London, the facility has been developed in partnership between UAP and Coventry City Council.

While Air One isn't expected to open up any time soon considering flying cars aren't ready yet for mass-scale usage, it does promise a whole lot of potential.