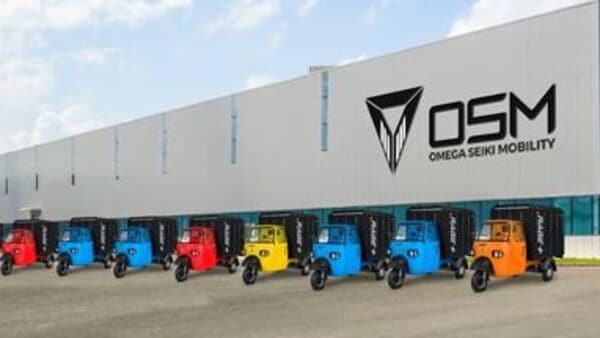 Faridabad-based electric vehicle manufacturer Omega Seiki Mobility has announced its plans to set up the world's largest electric three-wheeler facility in Karnataka. The company has announced an investment of $250 million, roughly converted to around ₹1,900 crore. The facility, which will be spread across 250 acres of space, will start manufacturing from the next financial year. The company aims to produce around one million electric three-wheelers from this facility.

Omega Seiki will use this facility to manufacture its entire range of electric three-wheelers which include Rage, Rage RapidEV, Rage Frost, Rage Swap, and Rage Tipper. On Friday, Omega Seiki made the announcement, saying that it will also be raising capital by way of equity and debt to set up the plant. The new facility will be supplemented by its supply chain of powertrains and battery packs. The company is also in talks with existing and new suppliers to set up ancillary manufacturing units at the facility.

"On the occasion of World Earth Day (April 22), Omega Seiki Mobility (OSM) is proud to announce that it will be setting up the world's largest e-3W manufacturing unit in Karnataka with an investment of USD 250 million," the company said in a statement.

Uday Narang, founder-Chairman, Omega Seiki Mobility, said, “The organised electric three-wheeler market has exponentially grown by a massive 200 per cent in FY22 as against the previous fiscal. This has helped EV 3-wheelers now command a massive 46 per cent of overall three-wheeler volumes."

“We believe that adoption of EVs in the last-mile delivery sector and government bodies will help India become the first market in the world where the sale of an electric three-wheeler in proportion to an internal combustion engine-powered three-wheeler will be 3:1," Narang added. The company currently has an order book of over 50,000 vehicles.

"We want to be the market leader in the three-wheeler market, not just in India but in the world and our Megafactory with a capacity of 1 million units is the first step towards this goal," Narang said.

The e-three-wheeler commercial vehicle segment in India is key to last-mile connectivity. They offer offer affordable mobility at a time when petrol, diesel and CNG prices are at an all-time high. The company said that in recent years, this market has seen exponential growth, mainly driven by e-commerce companies for their last-mile requirements.