PM Narendra Modi has announced a ₹20 lakh crore economic package to revive the coronavirus-hit economy.Excise duty levied on petrol and diesel products itself will provide an additional revenue of about ₹1,75,000 crore in FY21 to the government.
By : IANS
| Updated on: 13 May 2020, 12:40 PM

File photo: Government recently raised excise duty on petrol and diesel by unprecedented level of ₹10 and ₹13 per litre.

The government will depend heavily on taxes levied on petrol and diesel to finance its biggest-ever ₹20 lakh crore economic package announced by Prime Minister Narendra Modi on Tuesday to revive the economy hit hard by Covid-19 pandemic.

Sensing the enormity of the situation and need for a larger economic package, the government on May 5, had raised excise duty on petrol and diesel by unprecedented level of ₹10 and ₹13 per litre. This itself will provide additional revenue of about ₹1,75,000 crore in FY21.

Moreover, the government can further raise duty on the two products by ₹3-6 per litre, thereby raising another ₹50,000-60,000 crore. So total earnings for the Centre from petroleum products itself could top ₹2,25,000 crore in additional revenue besides over ₹2,15,000 that it already gets in a year as excise revenue from the petroleum sector.

In addition, sources indicated that import duty on a few items may be raised as the government looks strengthening its 'Make in India' and 'Made in India' initiatives. 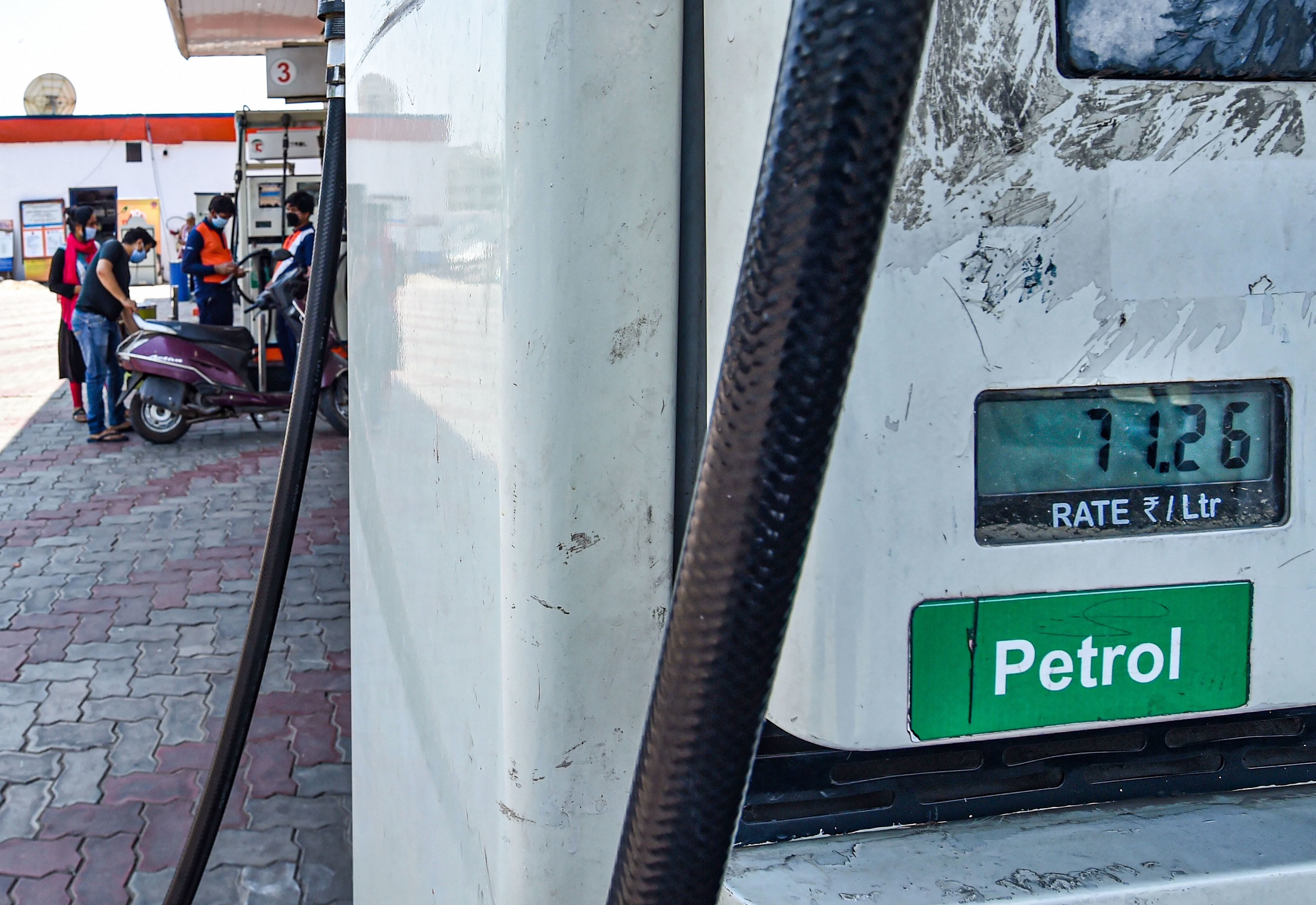 Petrol price in the national capital was hiked by ₹1.67 a litre and diesel by a steep ₹7.10 per litre. (PTI)

There is also escape clause under the FRBM (Fiscal Responsibility and Budget Management) Act that helps the government to expand its fiscal deficit by 0.5 per cent of GDP in a given year in extreme cases of needs.

The fiscal deficit is the total amount by which the government's expenses for a year exceed its revenues.

For the current fiscal, the government's borrowings target has already been raised by over 50 per cent as additional expenditure and funding needs to stimulate the economy hit by Covid-19 pandemic has pushed up need to mobilise resources.

Accordingly, the estimated gross market borrowing in the financial year 2020-21 has now been set at ₹12 lakh crore in place of ₹7.80 lakh crore as per budget estimate for current year.

The overall ₹20 lakh crore crore package works out to 10 per cent of GDP. This level of support for fight against Covid is higher than what governments in several richer countries have announced recently.