Tata Motors is looking for collaboration even as the process to carve out passenger vehicle (PV) business as a separate standalone unit gathers steam.The carmaker says that collaboration would also help in reducing product lifecycles and enhance new product launch intensity.
By : PTI
| Updated on: 25 Oct 2020, 12:38 PM

Tata Motors is actively scouting for a partner for its passenger vehicle business in order to be ready for growth in the next decade which would see huge investments going into new technologies, regulations, according to a top company official.

The auto major is looking for collaboration even as the process to carve out passenger vehicle (PV) business as a separate standalone unit gathers steam.

Earlier this year, the auto major's board had approved to form a separate entity which would house the PV business, including the EV vertical, by transferring relevant assets, IPs and employees directly relatable to the vertical for it to be fully functional on a standalone basis.

"The whole purpose of subsidiarisation is to actively look for a partner because this is a reality for all of us that a collaboration can unleash a bigger potential in the next decade which is going to see significant investments in new technologies and regulations," Tata Motors President Passenger Vehicles Business Unit (PVBU) Shailesh Chandra told PTI in an interview.

"All this requires huge investments and agility is also the key. So this is something which we are actively looking into," Chandra said.

He noted that while the subsidiarisation process is on, the company is alongside "actively looking for a partner" to create assets and capabilities with a win-win situation for both. 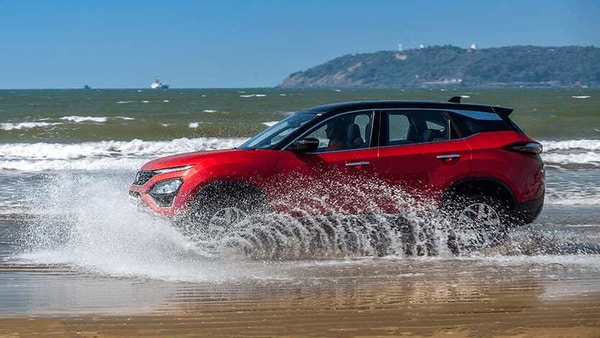 When asked about the timelines for both the initiatives, Chandra noted: "There are no specific timelines..as far as subsidiarisation process is concerned, converting the business into a separate legal entity, we would like to accelerate in a year and as far as partner is concerned it is an active work which we will continue to work on."

On the company's performance in the PV segment, Chandra said that despite lockdown Tata Motors posted double digit growth during the first half of this fiscal.

"This has resulted in a market share of 7.9 per cent in the passenger vehicle segment..the company's product range has been appreciated for safety and pleasure of driving," he said.

Chandra said the PV segment was witnessing growth revival as sales grew by 18 per cent in the July-September quarter this fiscal.

"A big part of it is pent up demand which has been a big factor for the growth. There was 20 per cent de growth last year because people wanted to wait for BS-VI products leading to pent up demand in the last year itself. Further two months of lockdown this year has led to huge pent up demand," he noted.

He added that demand would sustain during the pandemic period due to people preferring personal mobility over public transport.

"It remains speculative how the things would turn out to be beyond that and festive season because there is something offsetting these positive trends --pent up demand combined with personal mobility needs.

"It is the whole macro economic situation which is not witnessing growth, GDP is expected to see a 10 per cent decline. We will have to see the overall effect of that post the festive season. So far indications are that it will sustain," Chandra said.