Carmakers told Taiwanese officials that they underestimated in the first half of last year how quickly sales would rebound and now need help meeting demand.
By :
| Updated on: 26 Jan 2021, 09:50 AM 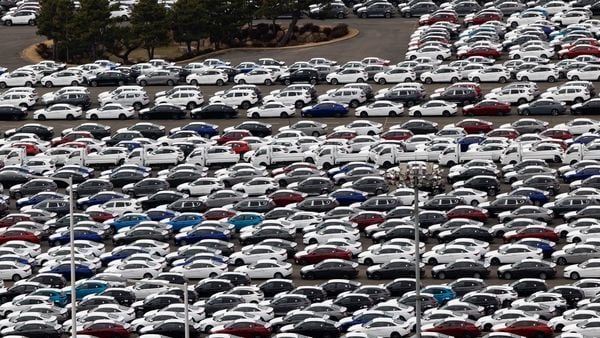 Taiwan Semiconductor Manufacturing Co Ltd will prioritise production of auto chips if it is able to further increase capacity.

Taiwan’s chipmakers have told local government officials they’re doing what they can to alleviate the shortage of semiconductors that is cutting into car production after approaches by the US, the European Union, Germany and Japan.

General Motors Co., the trade group American Automotive Policy Council and other parties in the US contacted Taiwanese officials in December to ask for more chip supply, followed by the EU, said C.C. Chen, Taiwan’s vice minister of economic affairs.

The Japan-Taiwan Exchange Association, Japan’s representative office in Taipei, made a similar request last week, and German diplomats in Taipei have confirmed to Taiwanese officials they received a letter from German Economy Minister Peter Altmaier about the same issue, though they have yet to officially present the correspondence to the Taiwanese government, Chen said Monday in a phone interview.

“We have asked Taiwanese chipmakers to give extra capacity to automotive customers and told them that their help would be vital to help revitalize the global economy post Covid-19," Chen said, adding his ministry has talked to local companies including Taiwan Semiconductor Manufacturing Co. “They have agreed to do their best to help."

Carmakers told Taiwanese officials that they underestimated in the first half of last year how quickly sales would rebound and now need help meeting demand, Chen said.

Taiwan’s Minister of Economic Affairs Wang Mei-hua met TSMC executives in person in December to discuss the chip-shortage issue, and she called officials at the Taiwanese chipmaker again on Sunday, Chen said.

TSMC Chief Executive Officer C.C. Wei said during an earnings call in mid-January that the company now sees automotive chip supply as a top priority and is working with customers closely to resolve the issue.