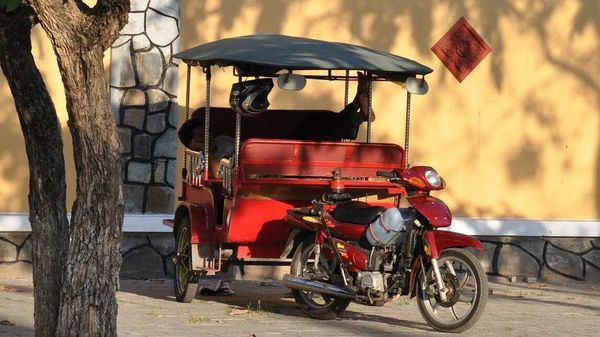 The Supreme Court on Friday dismissed a plea seeking immediate action against manufacturers and users of hybrid rickshaws, also known as ''jugaads'', which are cobbled together from parts of various vehicles.

A Bench headed by Justice RF Nariman refused to entertain the plea saying, "Heard the petitioner appearing in person. We find no merit in the Writ Petition. The Writ Petition is, accordingly, dismissed."

The Public Interest Litigation (PIL) filed by Anshul Gupta sought "immediate action against the manufacturer and user of such vehicles and take strict actions against them so that such vehicles don't run on city roads.

The petition also pointed out that many hand driven vehicles are being fitted with outdated, country-made engines and running on biofuels like petrol. It further said that these vehicles are freely running across the city roads, which is not safe.

"In continuation of such practice, people have modified their two-wheelers, especially motor-bike, to carry heavy loads. They have removed the back tires of the vehicle and fitted a trolly with it. It's a clear violation of the use of a motor vehicle. As these automobiles are not made for such purpose, using them like this is a threat to both the environment and people walking on roads."

"These vehicles don't possess any permission like pollution certificate, insurance, etc. But they ply on city roads unchecked. There is no category for the driving license which permits a person to drive such vehicles. Such vehicles are increasing day by day," the plea stated.