Home Auto News Riding Without Helmet In Bhopal? Write An Essay As Punishment!

Riding without helmet in Bhopal? Write an essay as punishment! 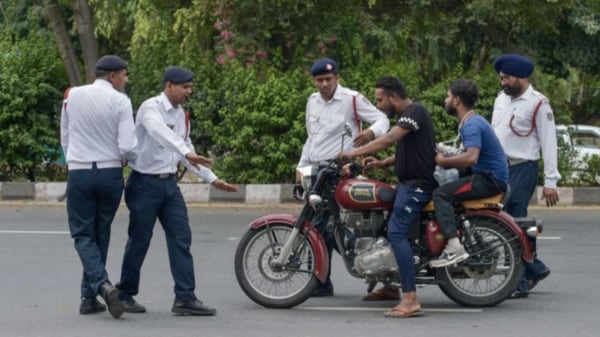 Several states are not happy with the high penalty on offences under the stricter Motor Vehicles Act. (PTI photo)

The traffic police in the Madhya Pradesh capital has been asking two-wheeler riders caught without helmets to write down a brief essay to explain the reason for not wearing the headgear while driving.

During the past six days, over 150 violators of helmet rules in Bhopal have written 100-word essay each explaining the reason for ignoring the use of the protective gear, whose use is mandatory under traffic norms, police officials said.

The initiative has been launched during the Road Safety Week that ends on Friday.

Helmets are very essential for protection of riders of two-wheel vehicles.

"During the ongoing Road Safety Week, riders of two-wheelers found without a helmet are being told to write an essay in 100 words to explain as to why they were violating this necessary safety norm, Additional Superintendent of Police (ASP) Pradeep Chouhan told PTI.

He said this initiative will continue even after the end of the Road Safety Week (January 11 to 17).

In the last six days, the traffic police in Bhopal have taken out rallies to create public awareness about traffic rules.

During the period, they also distributed pamphlets among the local residents to inform them about traffic rules.

An eye check-up camp for auto-drivers was also organised, an official said.