The US company known for its coach building and exotic concepts has taken the already potent Ariel Atom racing car and turned it into something absolutely ferocious.
By : AFP
| Updated on: 08 May 2014, 13:06 PM

The US company known for its coach building and exotic concepts has taken the already potent Ariel Atom racing car and turned it into something absolutely ferocious.

There are lots of 'boutique' supercar makers out there that boast vehicles with performance figures that Einstein might be tempted to question as well as price tags that make a Bugatti look like a bargain.

And on the whole, the best advice to anyone tempted by one of these cars is to steer well clear. Developing a supercar that is as reliable and safe as it is fast requires time and very deep pockets. They cost millions upon millions in research and development and can take upwards of five years just to get to the working prototype stage. Luxuries most of these small companies just don't have. 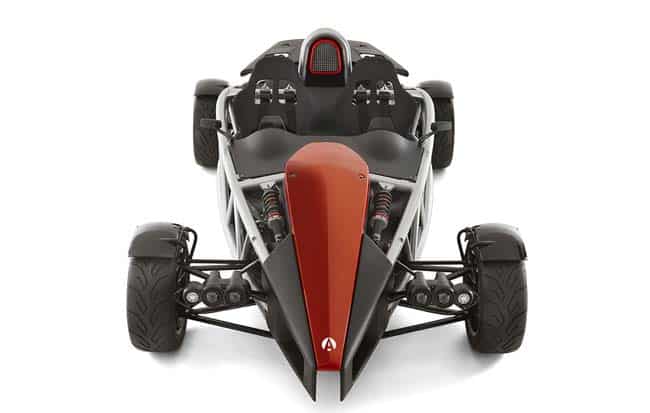 Underneath the carbon fiber body is an Ariel Atom, albeit one with a toally reworked engine. Photo:AFP

What makes the Rezvani Beast worth considering is that it isn't a ground-up creation. Rather, it starts out life as an Ariel Atom, an extremely minimalist, yet extremely capable hardcore sportscar, which is then shaped, dressed and improved.

The Atom's standard engine is completely rebuilt, and although the Beast has a wonderful-looking carbon fiber composite shell, it is sitting on the equally wonderful, proven space frame chassis of the Atom.

The result is a car that handles like the Atom, but is much faster, and, believe it or not, more practical as it actually has certain creature comforts, such as doors and a windshield.

And then there's the price. The entry-level turbocharged model -- the Beast 300 -- costs $115,000 and offers 315hp and a 0-60mph time of just 2.9 seconds. That's Ferrari territory. And for $20,000 more, the Beast 500 comes with a supercharger that will slash that 0-60mph time to 2.7 seconds (fast enough to challenge a Bugatti Veyron) while upping power to 500hp. What makes both cars' figures even more remarkable is that they're generated by a four-cylinder engine.

As such, the Beast could well join the ranks of the Hennessey Venom GT and the Touring Superleggera Disco Volante as a boutique car that really can compete with the prancing horses and raging bulls of the supercar world and overtake them completely in terms of exclusivity.

The Beast is available to order now and those plumping for the 500hp version will get pro track driving lessons thrown in for free.