The automakers are battling to emerge from the shadow cast by the legal woes of former boss Carlos Ghosn.Ghosn was arrested a year ago over allegations of financial impropriety.
By :
| Updated on: 29 Nov 2019, 10:23 AM 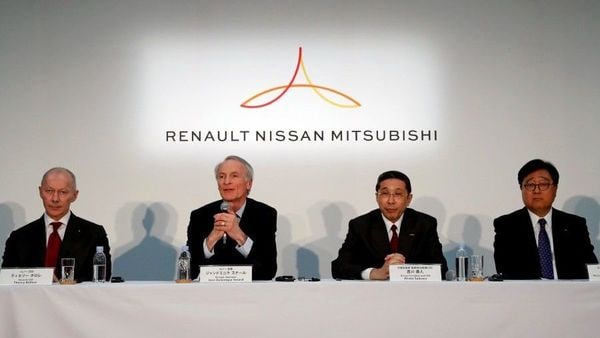 "We have a list of major programmes. We have decided to appoint an alliance secretary-general whose mission will be to coordinate and accelerate these projects," the source said as the automakers battle to emerge from the shadow cast by the legal woes of former boss Carlos Ghosn.

Ghosn was arrested a year ago over allegations of financial impropriety.

The source added that the person chosen would be "a very high level personality" with experience of all three alliance members.

The role of the person selected will be to coordinate projects under the authority of Renault chairman Jean-Dominique Senard, according to the source, who was speaking after an alliance council meeting at Renault's headquarters just outside Paris.

The decision on the operational revamp looks set to mark a new departure for the trio, hamstrung by the Ghosn affair, a year after their talismanic former boss was detained.

The source said the new blueprint involves above all technological convergence, the common programming of vehicles and production line connectivity programmes.

The move comes after Senard earlier this year created the council, the Alliance Operating Board, to oversee strategy after a bruising time which led Nissan in May to reveal full-year net profits at a near-decade low.

The council has been holding monthly meetings at Senard's initiative.